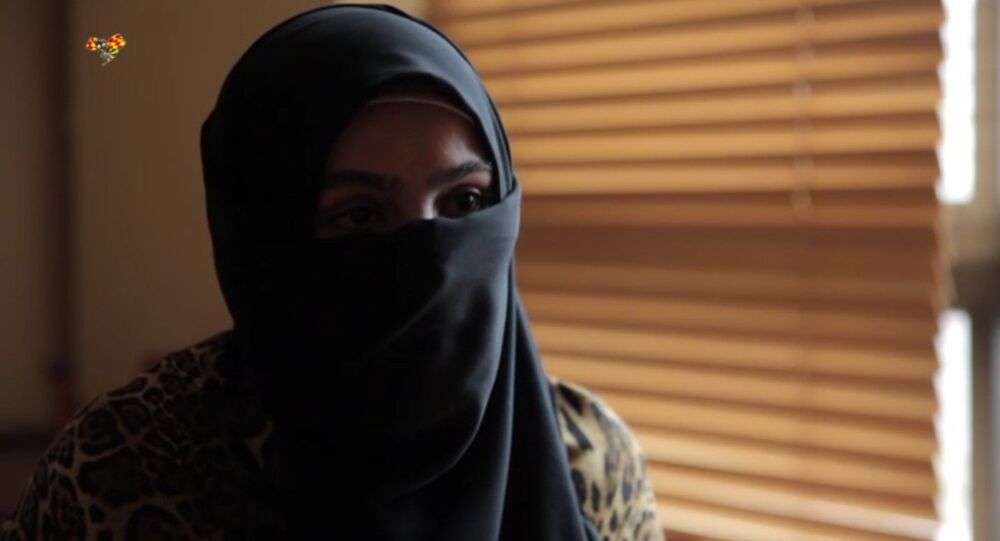 Saga al-Dulaimi, 28, the ex-wife of the most wanted man in the world - the head of the Daesh (ISIL) Islamist group, confessed that she married a “normal person, who was a university lecturer” and has no idea how he ended up the head of a terrorist group; here are the excerpts from her interview with a Swedish TV.

"I married a normal person who was a university lecturer. At the time his name was Hisham Mohammad," Saga al-Dulaimi, the ex-wife of the leader of the most dangerous jihadist group in the world, Daesh, said in an interview with Swedish Expressen TV news channel, her first interview since her release from a Lebanese prison last year.

Saga grew up in a conservative, upper class family in Baghdad and had already been married once and had two twin boys, before she met the man who was to become known as Abu Bakr al-Baghdadi.

Her first husband was Saddam Hussein's bodyguard and was killed fighting against American troops in Iraq just a year after the wedding.

There is a tradition in Iraq and in Muslim communities where married men marry widows, so that they can look after their children. They believe it is a good deed that will be rewarded after death. In this way, Saga ended up married to al-Baghdadi.

"I didn't notice that he was active in any way. I moved into his home and that's where we lived. So many of us living together in the same apartment was tough. There was him, me and my children and his first wife and her children," explains Saga.

The man, who at that time was known as Hisham Mohammad, had not told his first wife that he was going to take another wife. And Saga says that she would prefer to forget her first meeting with al-Baghdadi's first wife.

"He didn't say much about his background. He was mysterious. He wasn't very talkative. We met in the evenings, over dinner. He spent his days at the university, where he taught religion and Sharia. He would sometimes disappear for several days. He said he'd been to visit his brother," the woman recalls.

"No, I was not in love with him. I didn't love him. He was an enigmatic person. You couldn't have a discussion or hold a normal conversation with him.”

“In the evening, when he came home, we would usually eat dinner together. He just asked about things and told me to fetch things. He gave orders, nothing more," she says.

She left after just three months of marriage, not knowing that she was pregnant. Their common daughter Hagar is now eight-years-old.

"She has the entire world's weight upon her shoulders. What are children guilty of in all this? It's not her fault that she's the daughter of the world's most hunted terrorist."

After all her troubles in Iraq and Syria, where she moved after the invasion in Iraq, Saga says she now wants to live in Europe, not in an Arab country.

"Where is my guilt? I was married to him in 2008. We're divorced now. I was the one who left him. I'm a woman who has been through a lot and who has suffered in prison. If I wanted to live with al-Baghdadi, I could have lived like a princess. I don't want money. I want to live in freedom."

Saga is now married again and has another son, her fourth child.

"No bearer of burdens shall bear another's burden," she said, ending the interview with a verse from the Qur'an.