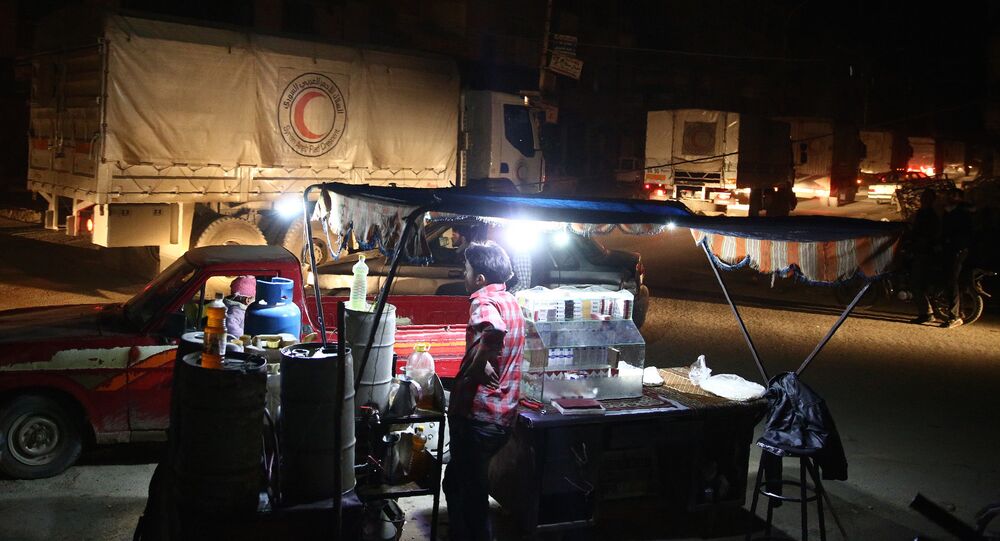 According to OCHA, as many as 399,452 of those in need have received humanitarian assistance, including 199,425 people living in hard-to-reach areas and 150,000 others in besieged localities.

The United Nations has sent a total of 45 humanitarian convoys to Syria within the last three months, OCHA said.

The number of convoys has increased significantly since the introduction of the ceasefire in the country on February 27.

Over 13.5 million Syrians are believed to remain in need of humanitarian aid since the civil war broke out in the Arab republic 5 years ago.