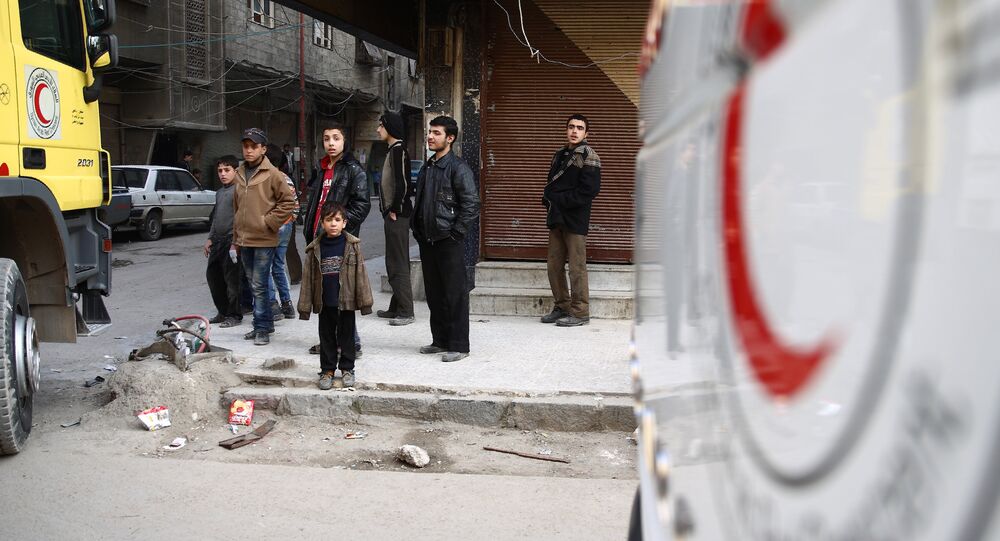 MOSCOW (Sputnik) – The aid, which includes about 4 tonnes (metric tons) of food, is the first humanitarian supply that some or the local residents are receiving since the start of the civil war in Syria in 2011.

Since 2011, Syria has been mired in a civil war, with government forces loyal to Syrian President Bashar Assad fighting a number of militant groups and opposition factions. The conflict has significantly damaged the country's economy and caused a humanitarian disaster.

© Sputnik
Syria Needs New Constitution for Transitional Period – Opposition’s Negotiations Committee
Aleppo, the largest city in Syria, was attacked by Jabhat al-Nusra (Nusra Front) militants in 2012. Since then, Syrian government forces have been fighting for Aleppo.

A US-Russia-brokered ceasefire came into force on February 27 across Syria. It was supported by Damascus, as well as by dozens of opposition groups on the ground. The Daesh and the Nusra Front (both outlawed in Russia) were not part of the deal.

Russia Registeres Six Ceasefire Violations in Syria in Past 24 Hours