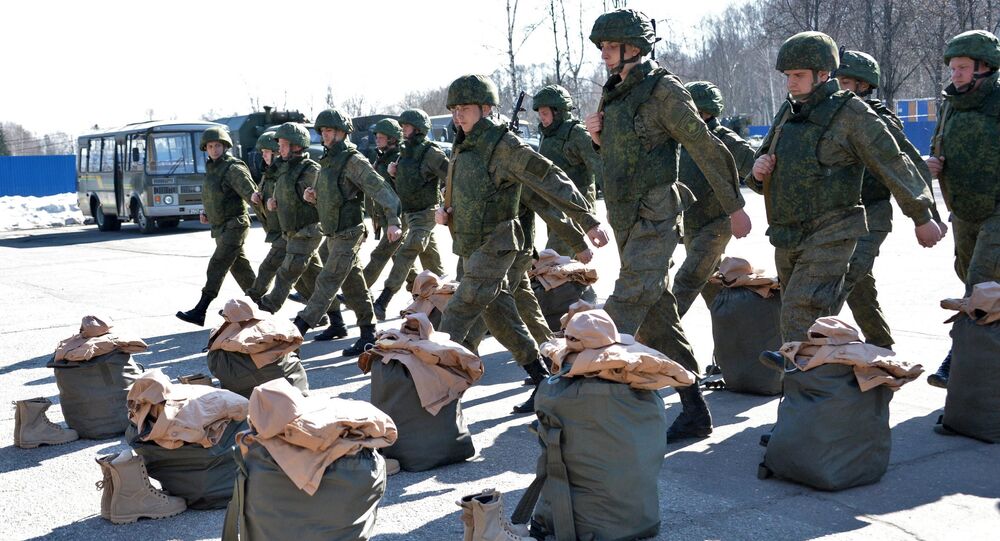 According to media reports, second team of Russian bomb disposal technicians has departed to Syria to take part in the demining operation in recently liberated ancient city of Palmyra.

© Sputnik / Mikhail Voskresenskiy
Syria's Assad Calls on UN Agencies to Help Restore Palmyra
MOSCOW (Sputnik) – The second team of Russian bomb disposal technicians, consisting of some 50 experts, has departed to Syria to take part in a demining operation in the ancient city of Palmyra, the Russian media reported Wednesday.

According to the report, the group will clear, in particular, ancient monuments from explosive devices.

The first group of bomb disposal technicians went to Syria earlier this week.

On Sunday, the Syrian army supported by militia and the Russian Aerospace Forces recaptured the historic city, which had been under the control of the Daesh militant group since May 2015.

Before the retreat, militants from the terrorist group, which is prohibited in a number of countries, including Russia and the United States, planted bombs and land mines all over Palmyra. The Syrian army has already started demining operations in the liberated city.

Russia has pledged to deploy sappers and specialized robots to Syria to assist Syrian specialists in their activities and has invited other countries to follow suit.