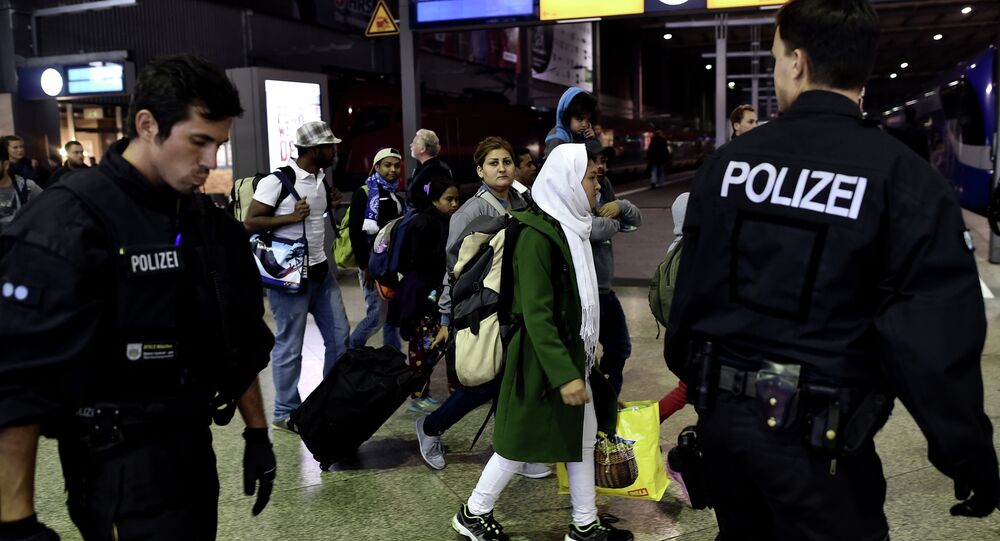 Story of Syrian Asylum Seeker: The Hidden Side of Refugee Life in Austria

Twenty-three–year-old Alaa Dyab, a medical engineering graduate who had just completed his degree when he had to abandon the Syrian city of Aleppo due to the outbreak of civil war, described his experience to Sputnik.

Alaa is one of many refugees that have been seeking asylum in Europe since the start of the civil war in Syria. The depths of their stories are largely untold, as well as how their lives have dramatically changed since their asylum in EU cities.

Despite the fact that refugees in Europe receive financial aid and decent housing, there is something that cannot be measured in material terms – the feeling of acceptance from the local population.

Alaa is lucky to live in a safe home and receive financial aid from the Jugend am Werk organization, but at the same time, his self-esteem has been affected by the negative attitude he has encountered from some locals.

Alaa describes his experience in Austria as being quite challenging. He has on occasion felt threatened and has found it difficult to fully adapt to his new life.

Some footage from refugee camp at Greece Macedonia border. These humans hope… That's it, they just hope. pic.twitter.com/pPxWTmKPHz

​Feelings of loneliness and nostalgia are reinforced by the negative attitudes of some members of the local public.

"There are some bad people that want to hurt us [refugees] because they hate us, and don’t take the time to figure out what our situations actually are," Alaa explains.

"For example one time I was walking in the street after a class in Mozarteum, and it seemed like one woman clearly didn’t like me. She eventually came up to me when I was waiting for my bus and punched me. I really don’t know why it happened. I was just standing there," Alaa says.

Another time, Alaa and his friends were verbally abused when they were on their way home from a theater performance. The offenders rolled down the windows of the cars they were traveling in and started cursing and shouting at the group of friends.

The scariest thing for Alaa is that he cannot predict when such attacks might happen, as they come on suddenly. He is in a constant state of fear because he has to always be on guard for possible attacks, and the worst part is he cannot do anything to change the situation.

"Even though I have quite a few friends in Kuchl and Salzburg, I still sometimes feel strange. It's because I feel homesick, and this feeling gets greater when I am attacked, of course," Alaa concludes.

Reminiscing About the Past

"I moved to Austria because it is a good country, where some people are able to understand our situation, and most importantly it is a much safer place," he asserts.

However, he is aware that there are good and bad aspects to his new life in Kuchl. After leaving his parents behind in the war-torn country, with no real means of contact except occasional WhatsApp conversations, Alaa feels acutely homesick.

"I left on my own, leaving my parents behind. My parents are still in Syria. Of course I miss the real kind of contact I had with them. Sometimes I feel very down when I think of what could be happening to my parents, at such moments I try to get in touch with them, and they tell me that they are afraid," Alaa explains.

"Another thing that really brings me down is waiting so long for asylum with no information whatsoever on when everything will be processed. There is no [end] date," Alaa laments.

This uncertainty gives rise to anxiety which is only heightened by the fact that Alaa is unable to visit his two brothers and sister who are currently seeking asylum in Germany.

Talking about his brother, Alaa mentions that, "He was an actor in a theater troupe in Syria. He invited me to many performances and I really fell in love with acting after that."

Alaa is enthusiastic and hopeful when he talks about his chance to pursue theater studies in Austria’s renowned University Mozarteum.

There, Professor Kai Bachmann has allowed Alaa to attend classes and workshops for free.

"Professor Kai [Bachmann] has been a very kind person to accept me to study in Mozarteum and follow my dream. The professors in Mozarteum have big hearts," the Syrian refugee notes.

Alaa dreams of being accepted to Mozarteum University next year, if his professors see real progress in his studies. He is happy and grateful for the wonderful people he was able to meet in Austria.

Despite the fact that Alaa has experienced certain negative episodes during his stay as an asylum seeker in Austria, he is hopeful that the country will eventually become a welcoming home for him and that he will be able to realize his dream of becoming an actor.

‘Children Have No Choice But Join Daesh’ in Syria, Iraq