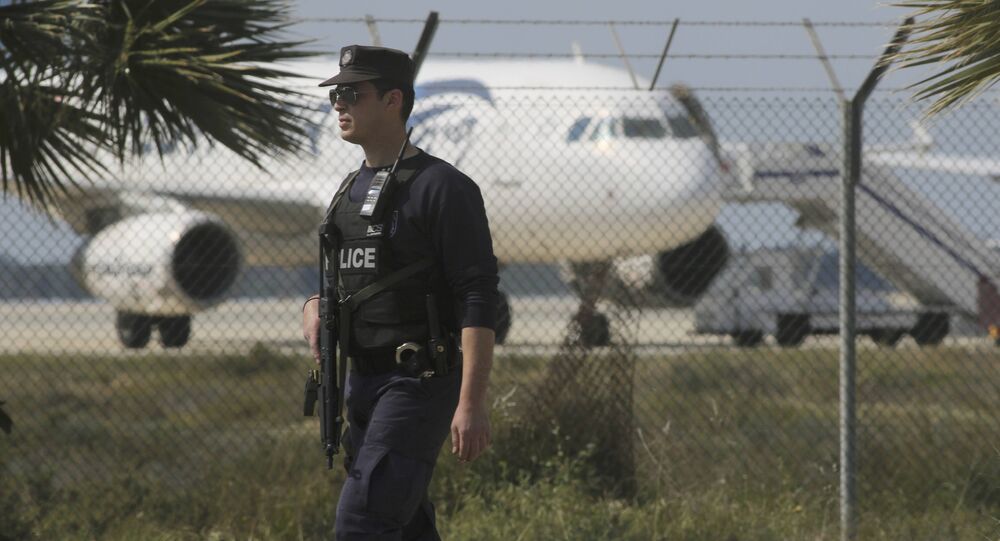 CAIRO (Sputnik) – Earlier in the day, a man identified as Seif Eldin Mustafa, allegedly motivated by personal reasons, hijacked the passenger aircraft with 81 passengers on board en route from Egypt’s Alexandria to Cairo.

According to the Bawabat al-Qahira news portal, the ministry said in a statement that the hijacker had threatened to blow himself up with the fake suicide belt, which he managed to make out of items permitted for carry-on luggage, in case the plane had not changed its route.

The plane subsequently landed in Cyprus' Larnaca airport, where the hijacker was detained after negotiations with local authorities. Police found no explosives after the hijacker surrendered and let the passengers and crew members leave the aircraft.

None of the passengers or crew members sustained injuries during the incident, according to Egypt's Ministry of Civil Aviation.