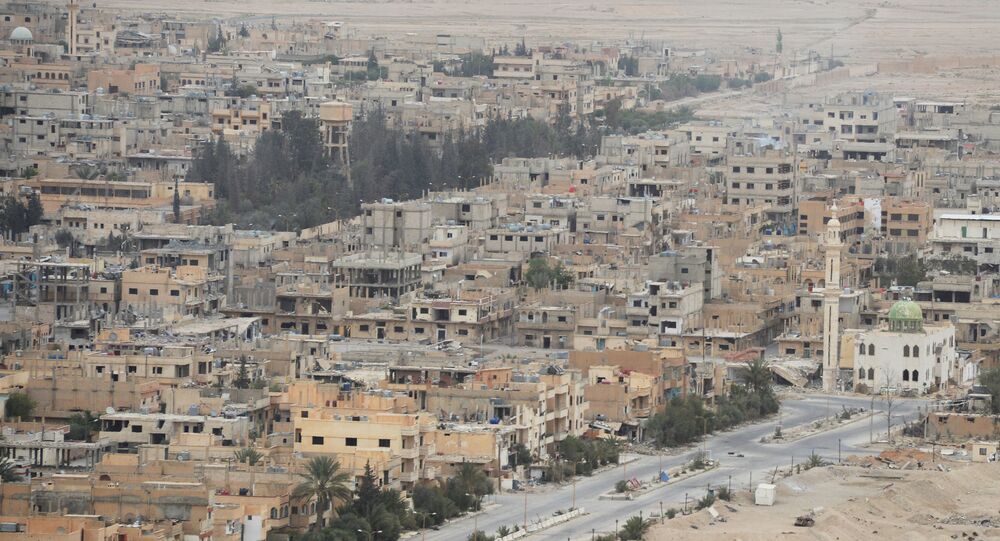 © Sputnik / Mikhail Voskresenskiy
Palmyra Victory Proves Syria 'Can Crush Terrorists With Its Own Forces’
MOSCOW (Sputnik) – The Syrian army confirmed Sunday that it had liberated the historic city of Palmyra from Daesh terrorist group with support of national aviation and Russian Aerospace Forces.

Later on Sunday, Russian President Vladimir Putin said that he had instructed the Russian Defense Ministry to provide maximum support to Syria in demining Palmyra.

“In line with the decision by the Russian president, engineering troops, including units from the International Anti-Mining Center, will complete tasks on demining Palmyra,” Gerasimov told journalists.

He said that this week the necessary equipment and demining robotic equipment would be sent to the liberated ancient city.