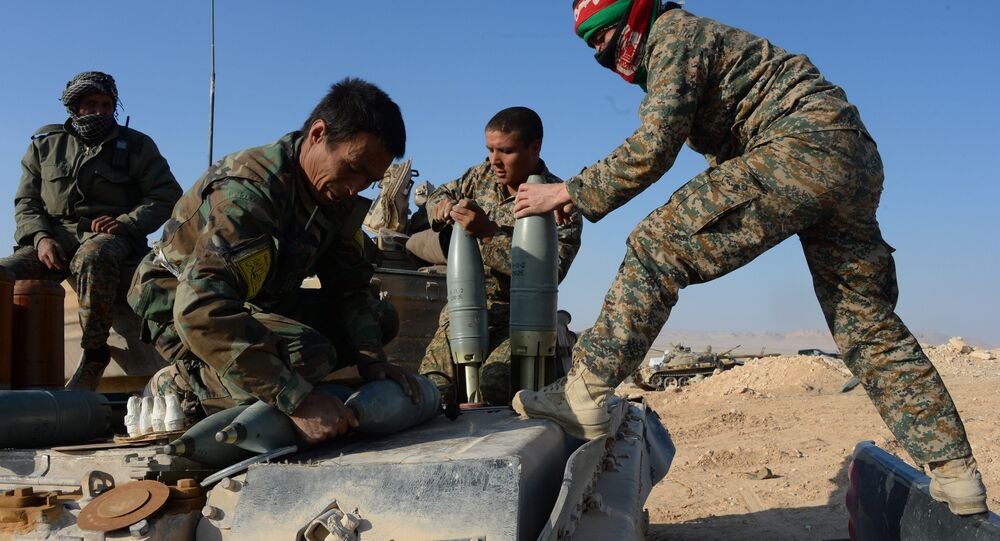 The Syrian army and allied popular defense forces have closed their ring around Qariatein, a town 30 kilometers away from Palmyra, RIA Novosti reported citing a source on the ground.

“Qariatein is completely encircled. The Army and popular defense units are ready to storm in. Daesh terrorists are still holding their ground,” the source told RIA Novosti.

© Sputnik / Mikhail Voskresenskiy
Syrian Army Confirms Palmyra Liberation With Support of Russian Aviation (VIDEO)
He said that peaceful residents had all fled the town along with most of the militants, with the rest covering their retreat.

Mostly populated by Christians, Qariatein was seized by Daesh terrorists more than a year ago to become their main stronghold in the south of the Homs province.

According to government sources the terrorists used the town as a supply base for their forces battling the Syrian army advance on Palmyra.

Earlier on Sunday, the Syrian Army and popular defense forces, backed by Russian airstrikes, had successfully ended the operation to liberate Palmyra from Daesh terrorists.

"After a series of large-scale operations of our units in the direction of the eastern part of the province of Homs, with the support of the Syrian and Russian aircraft we have successfully completed the mission and restored security and stability in the city of Palmyra, as well as full control over the surrounding heights," according to the army's statement cited by SANA news agency.