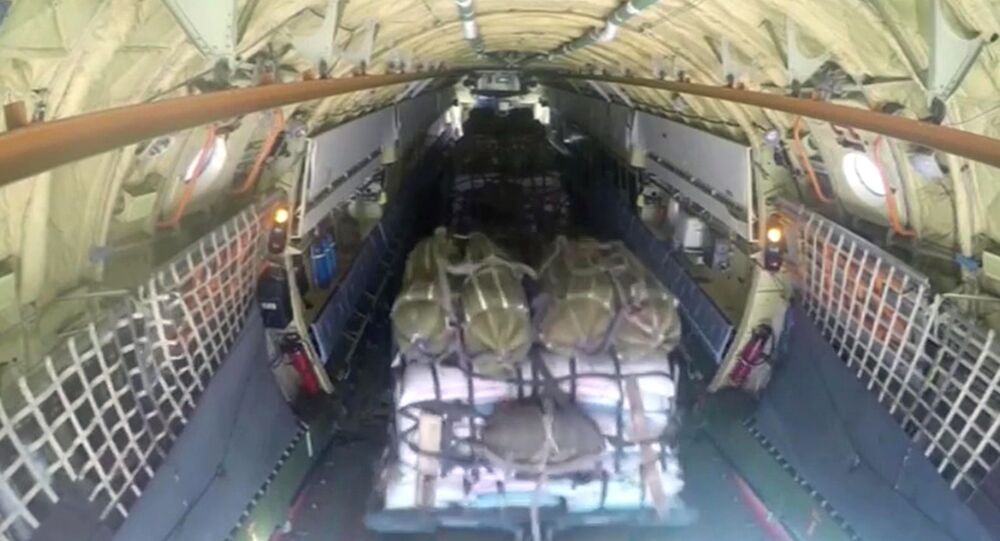 HMEYMIM (Syria), (Sputnik) — A spokesman for the Russian center for Syrian reconciliation said Sunday that the residents of Syria's city of Deir ez-Zor, which is besieged by Daesh, have received 28 metric tons of humanitarian aid.

"On March 26, a Il-76 [NATO reporting name Candid] military transport plane of the Syrian air force delivered cargo with humanitarian aid to the city of Deir ez-Zor blockaded by the militants of the Daesh group. Overall, 28 tonnes of various humanitarian cargo have been dropped over the city," the spokesman told reporters.

© REUTERS / SANA/Handout
Triumph! Syrian Army Completely Liberates Palmyra From Daesh (VIDEO)
He added that the deliveries of aid by air would continue on Sunday.

Syria has been in a state of civil war since 2011, with the government forces fighting several opposition factions and militant groups, including Daesh, which is banned in Russia and the United Kingdom among others. The conflict has significantly damaged the country's economy and caused a humanitarian disaster.