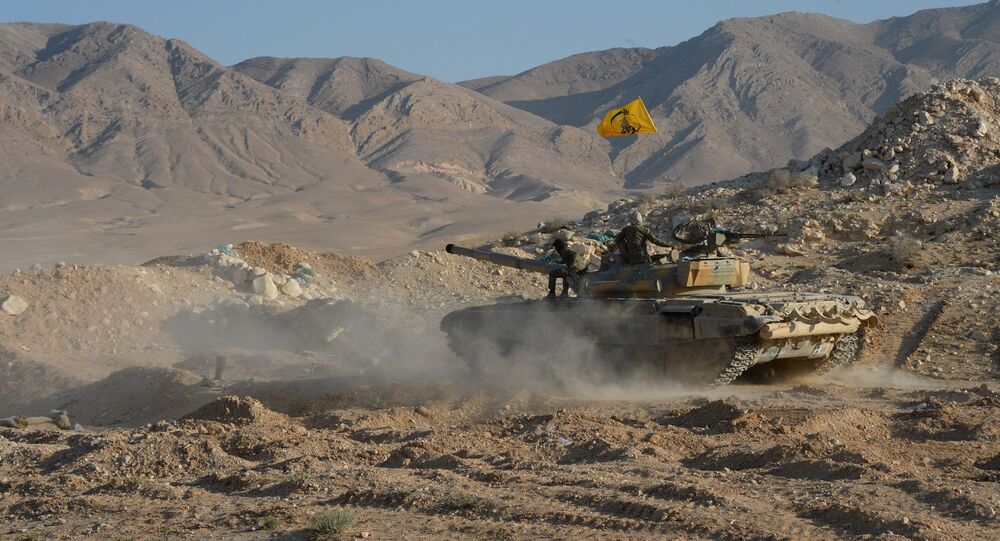 After a series of fighting against the Syrian Army, a group of Daesh militants retreated to the northern areas of Palmyra; clashes, however, are still taking place in the eastern and western parts of the ancient Syrian city.

The Syrian Army destroyed a Daesh tank and two trucks with anti-aircraft guns which the terrorists were firing at the citadel of Palmyra, a source from the Syrian Army’s command headquarters told RIA Novosti.

Although clearly losing their ground in the northern areas of the city, Daesh militants continue to resist.

On Saturday, fierce fighting resumed in almost all parts of Palmyra, with the exception of the city’s historical district. Militiamen from the Desert Falcons unit have so far been able to gain a foothold in the residential quarter beneath the citadel.

In another part of the city the government forces were advancing toward a local military airfield.

The city of Palmyra and its historic ruins have been under Daesh control since May 2015. The terrorist group has since destroyed part of the ruins, which is a designated UNESCO World Heritage site.