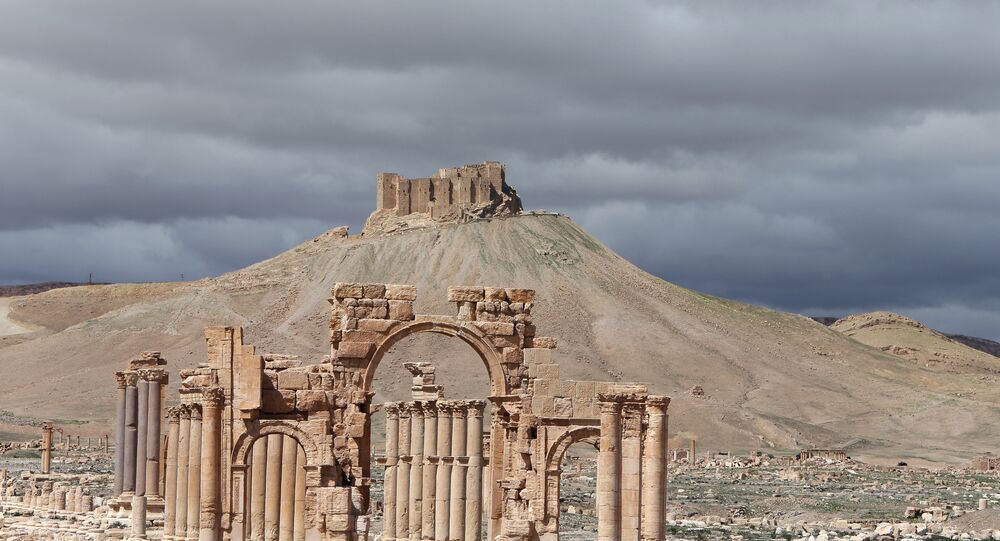 Syria's Directorate-General for Antiquities and Museums (DGAM) is hoping to begin restoration works for monuments in the city of Palmyra after many of them were destroyed or damaged by Daesh terrorists, the agency’s head said Saturday.

"I think we shall start working in April, when the city will be completely safe. Experts on the ground will look over the situation and assess destruction [of monuments]," Maamoun Abdulkarim told RIA Novosti.

© Sputnik / Mikhail Voskresenskiy
Syrian Army's Professionalism Saves Palmyra Monuments During Battle
According to Abdulkarim, the experts are intent on completely restoring two temples, the 2,000-year-old Roman arch of triumph and funerary towers which were destroyed by the jihadists.