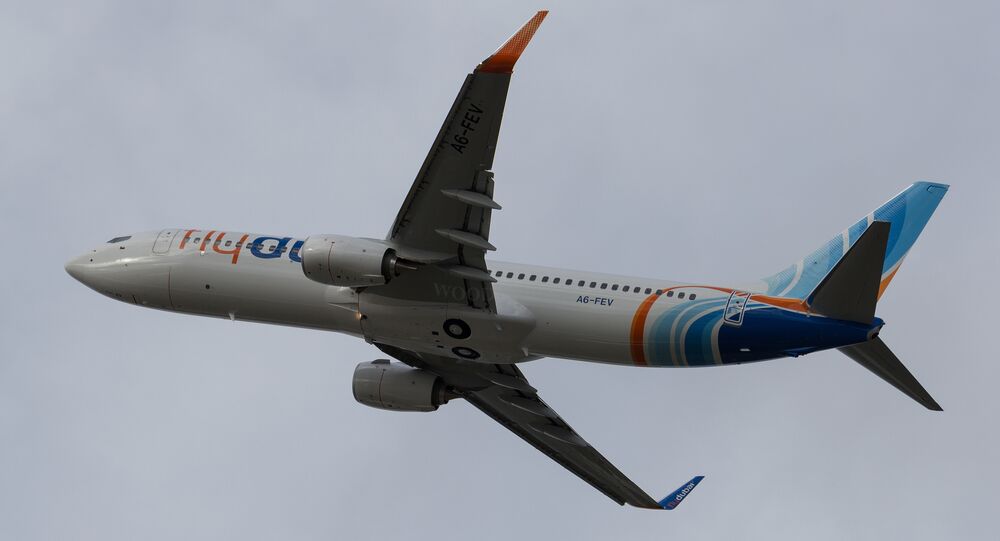 Too Fatigued to Fly a Plane: Both FlyDubai Pilots Fall Asleep During Flight

The RT television channel has released details from an aviation safety report from the Dubai-based FlyDubai airline showing that both the captain and the co-pilot of a plane on a commercial route fell asleep during one of the flights, leaving nobody in command of the aircraft.

MOSCOW (Sputnik) — The incident happened during a night flight, according to the report titled Air Safety Report Bulletin which was sent to RT by the captain.

"The last thing I remember was crossing FL260 [flight level]. When I open my eyes we were level at FL340 for a few minutes ago… When I turn to see the FO [first officer, or co-pilot] to apologize he was completely asleep. NOBODY was in command of the airplane for at least 8 minutes, and this is very dangerous," the captain wrote in the report.

The captain stressed that sleep was a physiological need, going on to describe how fatigued he felt from a lack of proper rest and detailing his tight schedule.

"The FO [co-pilot] was in a similar situation (fatigue) due to [a] lot of night flights," the captain wrote in the report obtained by RT.

The issue of pilots feeling fatigued and overworked came to light in recent days following the crash of FlyDubai’s Boeing 737-800 at Russia’s Rostov-on-Don airport last week. A former FlyDubai pilot told RT that Alejandro Alava, the co-pilot of the crashed FlyDubai plane, was extremely exhausted after working 11 days in a row ahead of the fatal flight that killed all 62 people on board.

© Flickr / Simon_sees
Not Only in FlyDubai: Emirates Airline Pilots Complain About Overwork
Following the report, pilots of FlyDubai and another Dubai-based airline, Emirates, sought to give information to RT, with Emirates’ pilots claiming that the airline was deliberately miscalculating the time that a pilot spends at work, leading to increased workloads. Many pilots are leaving the airline which leads to remaining pilots facing even more workload, according to RT's investigation.

A former FlyDubai pilot claimed in an interview with RT that he had to quit his job due to serious health issues brought on by stress and overwork, while another branded his working conditions as "modern-day slavery."