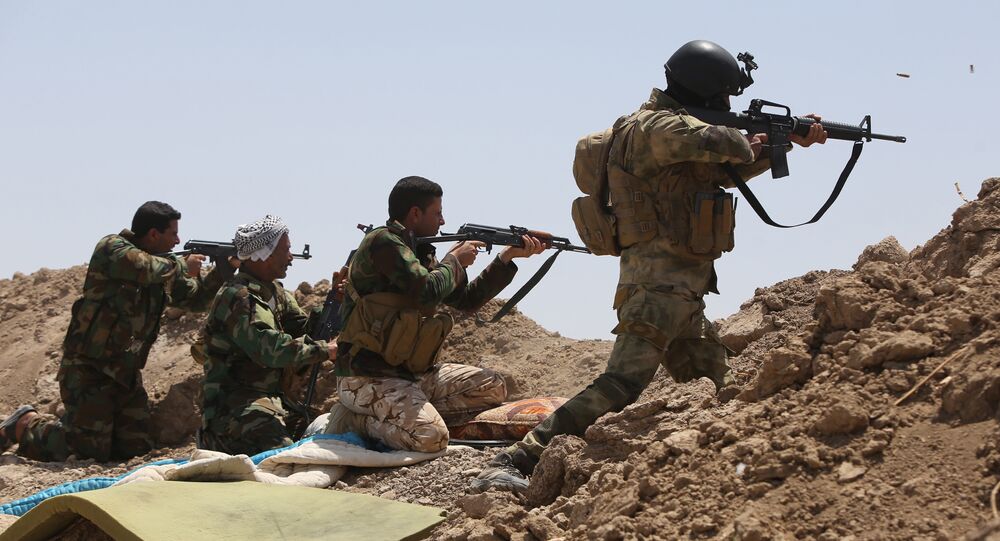 Iraqi Armed Forces released new territories to the south and east of Mosul with the support of local militias and forces of Kurdish "Peshmerga" fighters.

"Iraqi Armed Forces have been actively liberating villages between the Upper Zab and Lower Zab [the names of the rivers flowing in northern Iraq] from Daesh militants and are moving to the western side of Mosul," Khajem said.

© Flickr / U.S. Department of Defense
US-Led Coalition Against Daesh Carries Out 13 Airstrikes in Iraq, Syria
At the same time, Peshmerga fighters are struggling to liberate the territories to the east of Mosul in order to encircle the city captured by Daesh.

As explained by the mayor, Peshmerga are doing well, but slower than the Iraqi Army, as they have to fight against a larger number of Daesh terrorists constantly organizing sniper raids and suicide bombings against Kurdish troops.

"The defeat of the militants forces them to flee the territories where the Iraqi forces have advanced to the village of Tal Abta near the Syrian border. They then run away to the territories under their control in Syria. They are afraid to return to Mosul, as the aircraft is carrying out massive airstrikes on their facilities," Khajem said.

Earlier, on March 24, Iraq announced the start of a military operation "Fatah" or "Conquest". The military campaign is aimed at liberating Nineveh province and the city of Mosul, captured by Daesh in 2014.