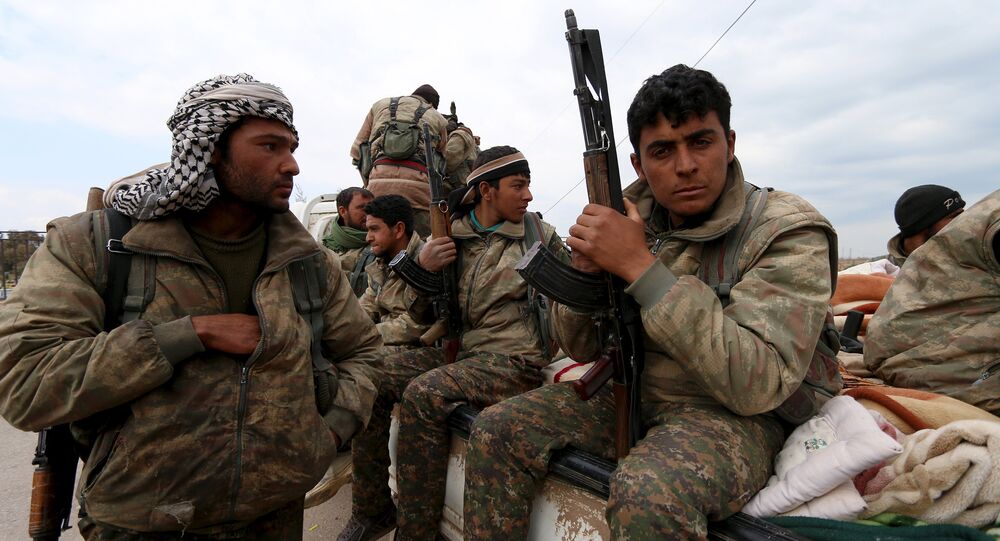 Kurdish militia has liberated over 50 Yazidi children and women from Daesh captivity.

© AFP 2021 / BARAA AL-HALABI
Kurds Report Ceasefire Breaches by Groups Linked to Free Syrian Army
MOSCOW (Sputnik) — Kurdish militia has freed over 50 Yazidi children and women who had spent a year and a half in captivity in Syria at the hands of Daesh) terrorists, a source in the Syrian Kurdistan's representative office in Moscow said Friday.

"In the north of Syria, YPG fighters [Syrian Kurdish People's Protection Units] have conducted an operation and freed a group of 10 women and 41 children. Three Kurdish fighters were killed in the operation," the source told RIA Novosti.

The group of Yazidis was captured by Daesh in August 2014, when the Islamists seized the Sinjar district in northern Iraq.

Daesh is a terrorist group that has captured large areas of land in Syria and Iraq, where it has proclaimed a caliphate. The terror group is outlawed in Russia, the United States and in several other countries.