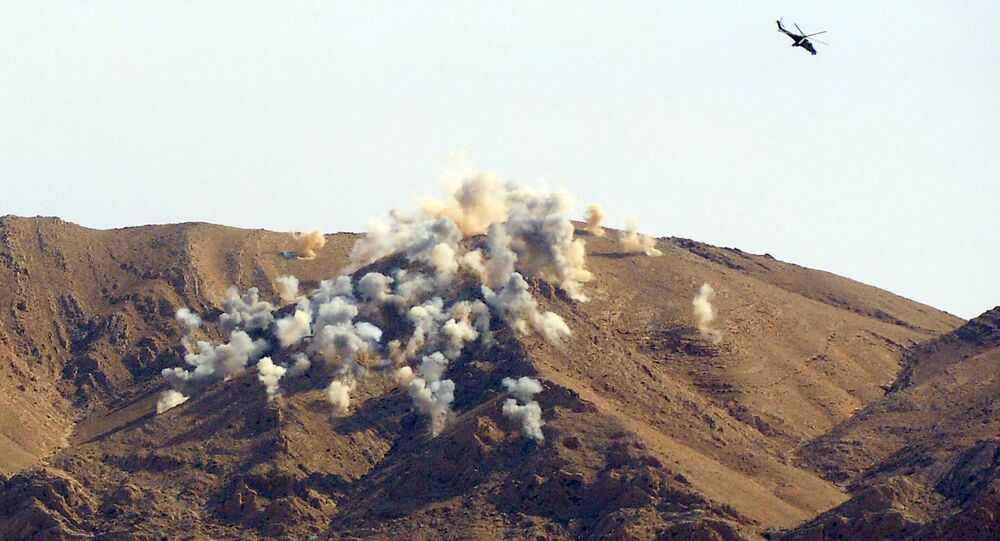 A Russian Special forces officer has died a hero in Syria during a target-designation mission near the city of Palmyra, a spokesman for the Russian military contingent at the Hmeymim air base told reporters on Thursday.

The officer's name, rank and the date of the accident remain undisclosed.

According to the spokesman, "the officer carried out a mission in Tadmor near Palmyra for a week, spotting crucial ISIL facilities and providing precise coordinates for Russian airstrikes," as reported by RIA Novosti.

The spokesman stated that the soldier had been located and was surrounded by terrorists — and chose to draw their fire on himself.

"He died as a hero," the spokesman said.

The presence of Russian special forces, conducting target designation missions, was earlier confirmed by Colonel General Aleksandr Dvornikov, a deputy commander of the Central Military District in Russia and chief of Russia's campaign in Syria.

"I won't deny that our Special Operations Forces (SOF) are deployed in Syria. They conduct ground reconnaissance of pre-selected targets for Russian warplanes, assist in targeting warplanes in remote areas and perform other tasks," the general said. "Take into account," he added, "that corresponding forces from the US and other members of the [US-led] coalition are performing similar missions in Syria."

Moscow has acknowledged the deaths of 5 Russian military servicemen in Syria. The first was Vadim Kostenko, 19, who allegedly committed suicide because of a romantic attachment. On November 24, bomber pilot Oleg Peshkov died after being attacked by a US-made Turkish Air Force fighter jet. Alexander Pozynich, a marine who took part in Peshkov's rescue mission, was killed by terrorists. On February 3, an unnamed military counselor was reported killed in a mortar attack. Also killed in a bombardment was Sergey Chupov, a soldier with the Internal Troops of Russia.

According to reports, the Russian Air Force stationed at Hmeimim conducted 41 sorties around Palmyra, hitting 146 terrorist military objects, between March 20-23. Over 320 militants, 6 command centers, and a number of vehicles were reported eliminated. Syrian troops on Thursday entered the ancient city of Palmyra, which had been controlled by Daesh since May 2015. Clashes were ongoing in the city at last report.

Latest Round of Intra-Syria Talks Created Basis for Political Negotiations

US-Led Coalition Against Daesh Carries Out 34 Airstrikes in Iraq, Syria