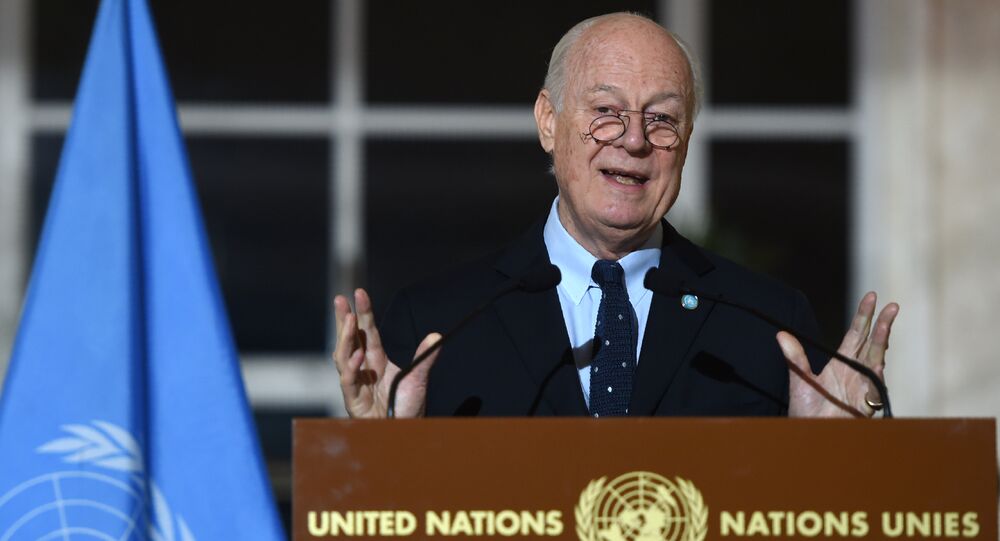 "Countries in the region have a crucial role [in achievement of intra-Syrian settlement]… We are seeing that developments related to the [Russia-US brokered] cessation of hostilities have been strongly facilitated by the beginning of talks between Russia and the US. Whatever they will be discussing [today in Moscow] will be brought to the attention of ISSG, and many of regional powers are parts of it," de Mistura said.

On Wednesday, US Secretary of State John Kerry arrived in the Russian capital for a two-day visit. Earlier in the day, Kerry and his Russian counterpart Sergei Lavrov discussed the cessation of hostilities and the humanitarian situation in Syria, among other issues, during almost four-hour talks. Kerry is also meeting with Russian President Vladimir Putin on Thursday.

Syria has been mired in civil war since 2011, with government forces loyal to president Assad fighting against numerous opposition factions, including the Western-backed, so-called "moderate" opposition, as well as extremist groups, such as Islamic State (ISIL) and Jabhat al-Nusra (Nusra Front) outlawed in a number of countries worldwide including Russia.

On February 22, Russia and the United States reached an agreement on a ceasefire in Syria, which took effect at midnight on February 27. The ceasefire does not apply to terrorist organizations operating in Syria.

The intra-Syrian talks to settle the five-year civil war in Syria were resumed in Geneva, Switzerland, on March 14.