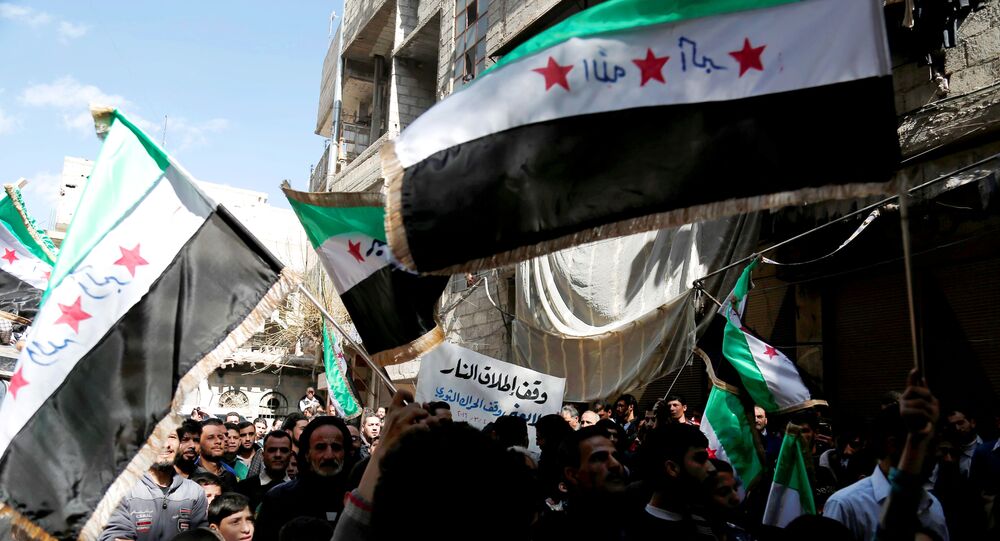 Almost 400 civilians have been killed in Syria by airstrikes the US and its allies have been carrying out against Daesh and other terrorist groups.

According to the Syrian Observatory of Human Rights (SOHR), 380 people, including 99 children and 67 women, have been killed over the past 18 months.

SOHR said that the total amount of casualties (including non-civilians) was 4,643 people since a US-led coalition kick-started Operation Inherent Resolve in September 2014. The mission was famously described by US President Barack Obama as having the goal "to degrade and defeat" Daesh (also known as ISIL) in Iraq and Syria.

About 4700 people including 380 civilians were killed over 18 months since the beginning of US-led coalition… https://t.co/TOGLw4kQFL

The organization lambasted the coalition, calling the airstrike campaign "a massacre" and demanding that civilian areas be exempt "from all kinds of military operations, where the victims of these operations are the Syrian civilians."

The newly-released figures clash with those officially acknowledged by the White House, which has so far admitted to have accidentally killed only 21 civilians.

But even SOHR's data could be an underestimate. According to Airwars, an investigative collective that keep tracks of airstrikes in Syria and Iraq, at least 1,044 civilians have been killed since the start of the intervention — 519 were killed by the US-led coalition in Syria alone.

Links to all alleged civilian fatality incidents from Coalition strikes in Iraq & Syria for 2014, 2015 and 2016 here https://t.co/8K9RrbfXle

Speaking to VICE News, a spokesman for the US Defense Department says data regarding civilian deaths resulting from American operations is always reviewed.

"We take all allegations of civilian casualties seriously, and we apply very rigorous standards in our targeting process to avoid or to minimize civilian casualties," said Major Roger M. Cabiness II. "We take great care — from analysis of available intelligence to selection of the appropriate weapon to meet mission requirements — to minimize the risk of collateral damage, particularly any potential harm to non-combatants."

SOHR's tally of terrorists killed so far is of 4,108 Daesh militants and 136 Jabbat Al-Nusra fighters, although the real numbers could be much higher due to Daesh's desire to downplay the number of casualties resulting from the airstrikes.