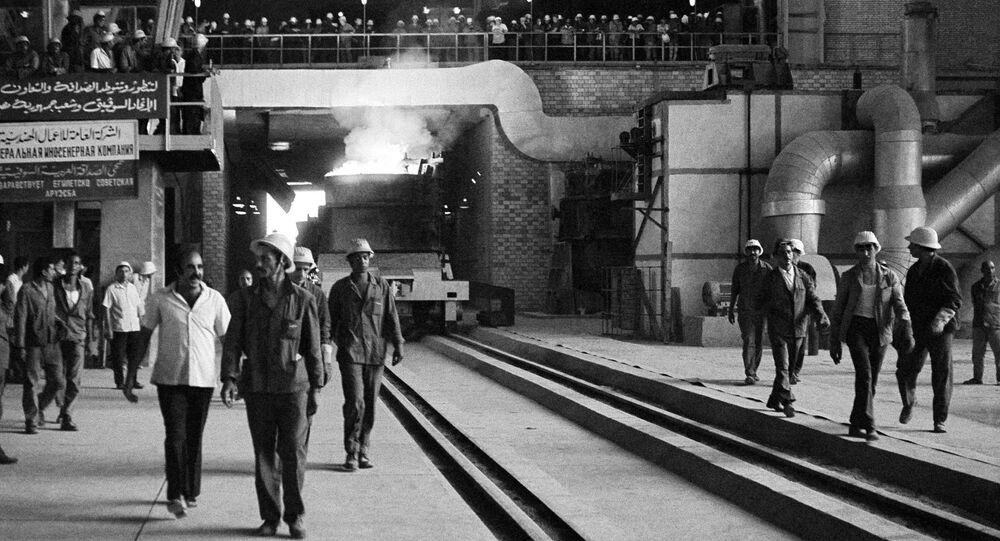 Mahmud Badr, a member of the 'Support Egypt' parliamentary bloc, told Sputnik that this move came as a response to repeated pleas by the populace for the government to take charge of restoring the country’s many non-functioning industrial facilities.

"For several years now we've been getting requests from the populace to revitalize the state sector and to return the previously privatized companies [that no longer operate] under the government's control," Badr said.

Most of the industrial facilities in question were founded and constructed back during the time of President Gamal Abdel Nasser, but no longer operate because they were privatized, and the private sector is apparently not interested in their restoration.

"The factories built with Soviet support, during the time of leader Gamal Abdel Nasser, will once again come after returning to the public sector… It is an important step in Egypt’s reconstruction," Badr remarked.

Russia Not Ready Yet to Resume Tourist Flow to Egypt