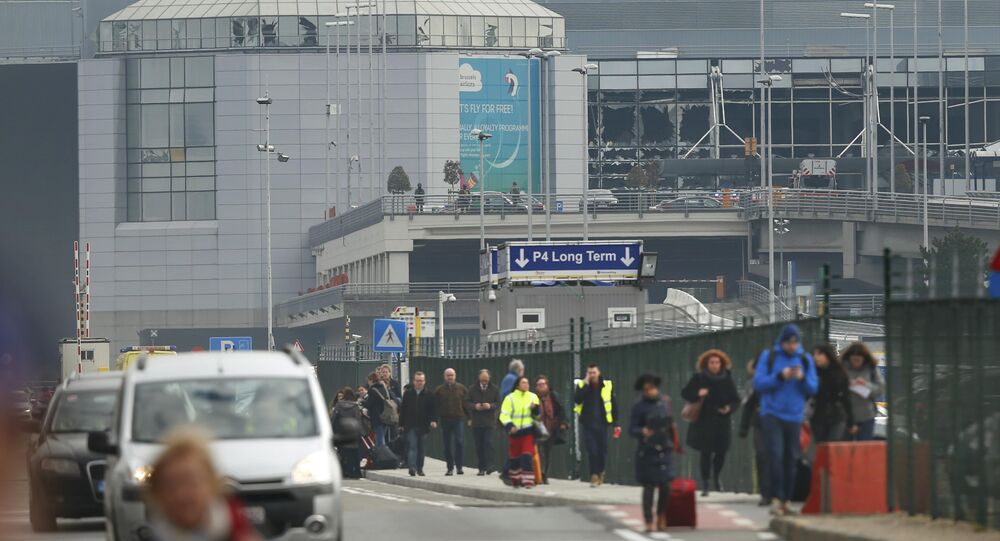 "PM Netanyahu told Belgian PM Michel that terror doesn't distinguish between countries, and offered Israel's help in the fight against terror," the press service said in a statement.

Israeli President Reuven Rivlin also expressed his condolences to King Philippe of Belgium in a letter, writing that "sadly we have first-hand knowledge of the horror and sadness that follow attacks and can understand the pain you now feel."

© AP Photo / Geert Vanden Wijngaert
EU Pledges Support to Belgium, Europe Amid Blasts in Brussels - Tusk
The latest in a string of terrorist acts has been met with widespread international condemnation and offers of assistance to find a likely third perpetrator that may have backed out of the suicide mission.

Witnesses described hearing Arabic shouting and gunfire shortly before the two explosions at the airport. Authorities later recovered an undetonated suicide vest and a Kalashinkov automatic rifle at the scene.

A three-day mourning period has been announced as Belgium is effectively in lockdown mode and life in the country is at a standstill following the attacks.

Belgium Has No Specific Info About Possibility of New Terror Attack

Kerry to Discuss Belgium Attacks During Trip to Moscow