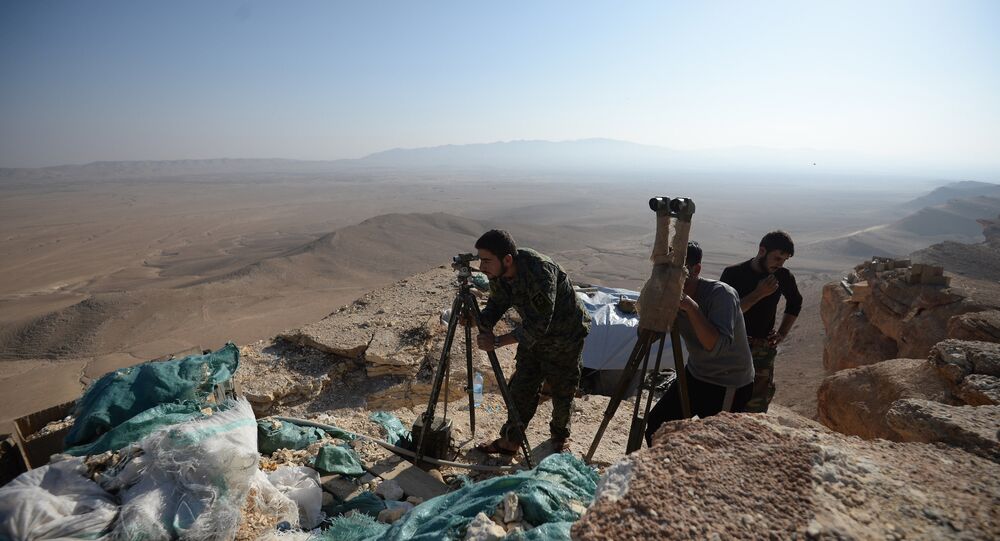 The Syrian army and allied militia took full control of the Haya mountain range east of Palmyra, killing at least 70 Islamic State (Daesh) militants in the past 24 hours, a source in the command of the Syrian Armed Forces in Palmyra told RIA Novosti on Wednesday.

"The militia from the Desert Hawk Brigade directed by the Syrian Air Force and the artillery completely took control of the Haya mountain range…. and took control over a strategic crossroads on the road Palmyra — Damascus — Deir ez-Zor. About 70 Daesh militants were been killed in a single day," the source said.

Syria has been in a state of civil war since 2011, when mass anti-government protests against President Bashar Assad escalated to an armed confrontation between government troops and allied militia on the one hand, and Syrian opposition factions and radical Islamists on the other.

Palmyra has been under Daesh control since May 2015. The jihadist group, which is outlawed in many countries, including Russia and the United States, has already destroyed part of the ancient city, which is a UNESCO World Heritage site.