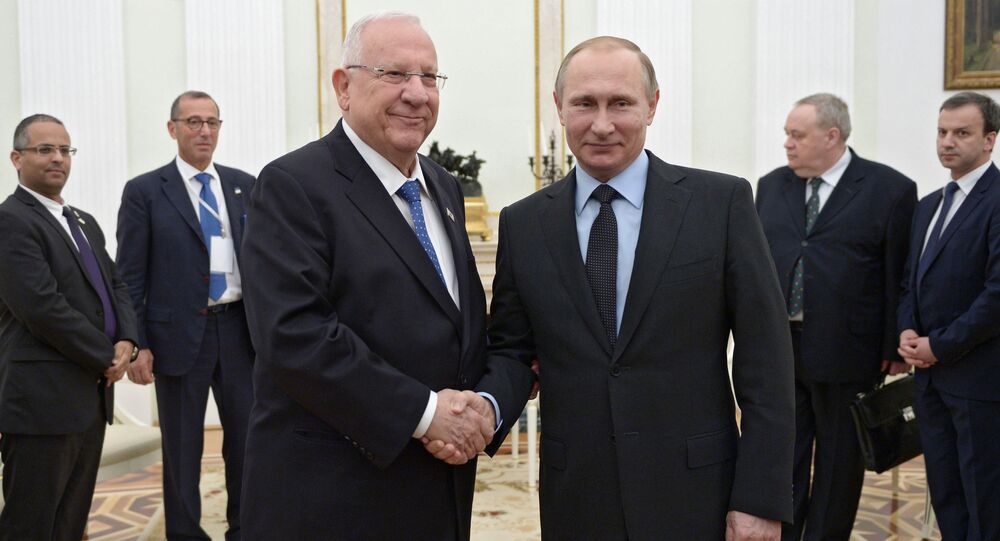 Israel is to further cooperate with Russia on the Syrian crisis even after the withdrawal of Russian troops from the country.

TEL AVIV (Sputnik) – Israel is interested in continuing to cooperate with Russia on the Syrian crisis even after the withdrawal of Russian troops from the country, Minister of Transportation and Minister of Intelligence and Atomic Energy Yisrael Katz said in an interview published Monday.

© AP Photo / Gali Tibbon
Israel, Russia Military Hotline 'Very Useful' to Avoid Incidents
Israel was one of the first countries to establish a mechanism for communications with Russia when Moscow launched its aerial campaign in Syria to prevent accidents.

"Russia will maintain a certain presence in the region, and in my opinion coordinating steps is very important for Israel. Syria, Russia and Hezbollah [Lebanese movement] probably thought that Russia was going to counteract Israel’s steps. This did not happen," Katz told the Newsru.co.il online portal.

Syria has been mired in civil war since 2011, with government forces loyal to president Assad fighting against numerous opposition factions, including the Western-backed, "moderate" opposition, as well as extremist groups, such as Islamic State (IS) and the Nusra Front, outlawed in a number of countries worldwide including Russia.

Russia launched its campaign against terrorists in Syria in September. A week ago, Russian President Vladimir Putin ordered the withdrawal of the main contingent of Russian forces from Syria, stating that they had accomplished their mission.

Russia to Strike Terrorists in Syria Claiming to Be Moderate Opposition