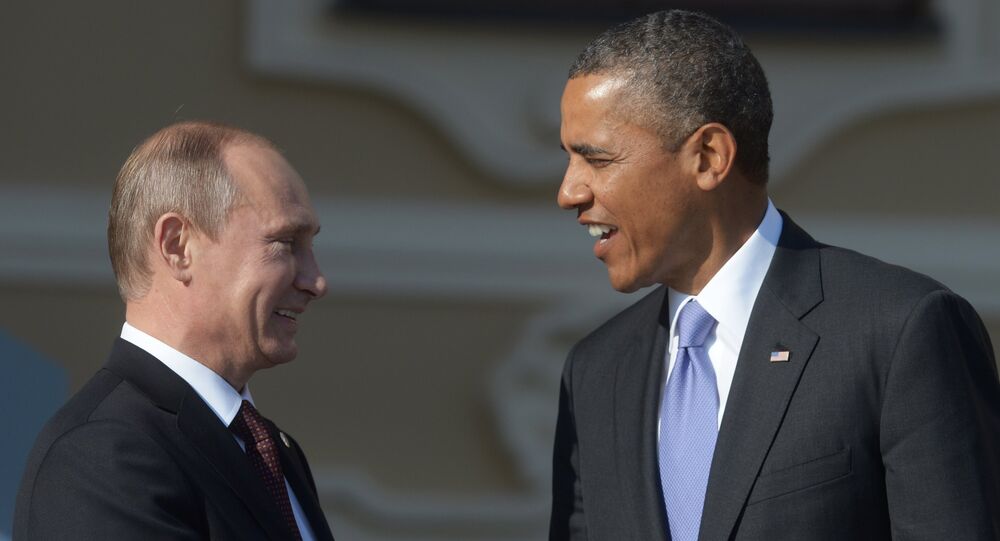 Despite Washington’s skepticism toward the Russian air military operation in Syria when it just began, six months later it turned out that Moscow has not only managed not to avoid getting stuck in the war “quagmire,” but has also boosted its position in the Middle East.

© Sputnik / Alexei Druzhinin
Russia's Pullout From Syria Proves Putin Gets the Job Done
The outcomes of Russia’s Syria military campaign is evidence that the US president’s projection that Moscow would fail hasn’t proven true, while Barack Obama appeared to be less skillful as a “poker player” than the Russian leader, according to British newspaper The Sunday Times.

“An attempt by Russia and Iran to prop up Assad and try to pacify the population is just going to get them stuck in a quagmire and it won’t work,” Obama stated at the time.

The news of the termination of Russia’s operation in Syria appeared a genuine surprise for Obama, as he seemed to get learn of it from the press rather than from the Kremlin, according to the author of the article.

© Sputnik / Alexei Druzhinin
Putin: Russian Aerospace Forces Perfectly Performed Tasks in Syria (VIDEO)
Moreover, after the announcement of military withdrawal, it turned out that the Russian military hasn’t suffered any significant losses in the course of operation. Such a turnout proved, as the Sunday Times noted, that the “former KGB colonel” had “outwitted” Obama.

According to the Sunday Times, Putin’s main goal in Syria was to support the country’s president Bashar al-Assad, whose positions at the time were shaky, and show that Moscow is an important player in the region.

“[O]n Syria he’s [Putin] the one pushing the agenda, forcing everyone else to pay attention. We’re playing catch-up,” an unnamed western diplomat said of the Russian President.

“Putin has pulled off another coup and shown that he is a more adept international poker player than his counterpart in Washington,” he said.

© Sputnik / Alexandr Kondratyuk
Busting the Myth of Why Russian Forces Pull Out of Syria
Since the beginning of the Russian military operation, Putin and Obama have met several times and had even more phone conversations. The US Secretary of state John Kerry visited Moscow, and in the course of the last few weeks of the operation, contacted Russian Foreign Minister Sergei Lavrov daily. Through these actions, in the Sunday Times’ view, Washington admitted that it was Putin in control of the situation and not Obama.

On March 14, Russian President Vladimir Putin ordered the Defense Ministry to withdraw the bulk of the Russian military contingent in Syria.