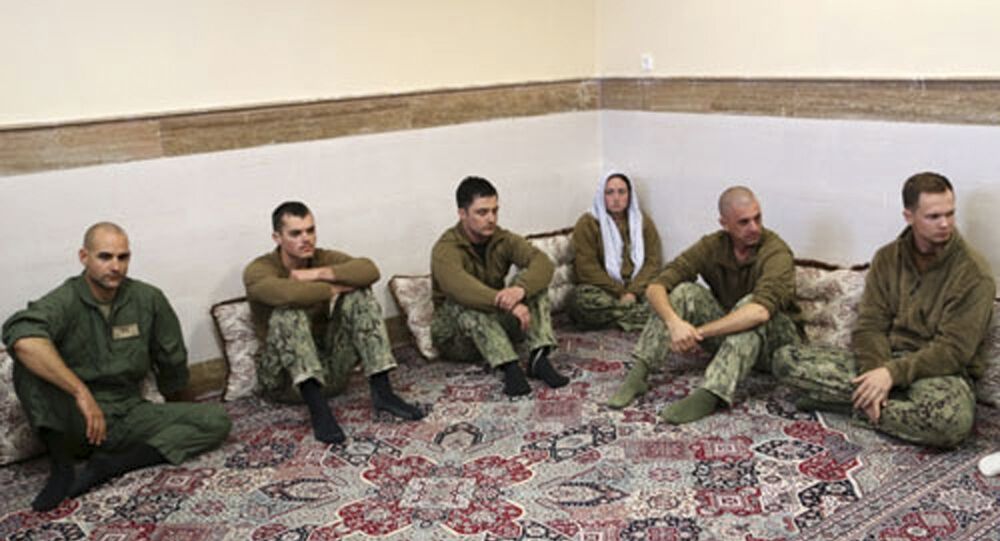 The Mocking Jay: Iran to Dishonor US Sailors With Statue on Their Knees

Iran is reportedly planning to erect a statue of the 10 US sailors captured in its territorial waters back in January to serve as a tourist attraction.

Iran’s Revolutionary Guard said it is planning to build a statue of the 10 American sailors who were detained in the country’s territorial waters after their two small ships accidently drifted into the region last January.

© AP Photo / IRIB News Agency
Iran Releases New Photos of Detained US Sailors Crying in Persian Gulf Incident
A senior official said the monument, an obviously derogatory gesture at the US, will serve as a “tourist attraction.”

According to Britain’s Daily Telegraph, the statue will be erected at Kharg, a small Iranian island near the Persian Gulf site where the Americans were held.

The servicemen and women were arrested near Farsi Island, an outpost in the middle of the Persian Gulf that has served as a base for Revolutionary Guard speedboats since the ‘80s.

Iran released the sailors less than a day after Secretary of State John Kerry held numerous phone calls with Iranian counterparts to secure the safety of the American servicemen and women. He would later publically thank Iran for “cooperating” with the US.

These items were later returned to the sailors, but the general claimed Iran had confiscated the items in compliance with international law.

“There are very many photographs of the major incident of arresting US Marines in the Persian Gulf in the media and we intend to build a symbol out of them inside one of our naval monuments,” Commander Ali Fadavi told the Iranian Defense Press news agency.

Does Saudi NATO-Like Alliance Have Its Eye On Iran?

No Place for Iran in Fantastical Saudi Arab Army, But Maybe Room for Israel

US to Continue Pushing for UNSC Response on Iran Missile Tests