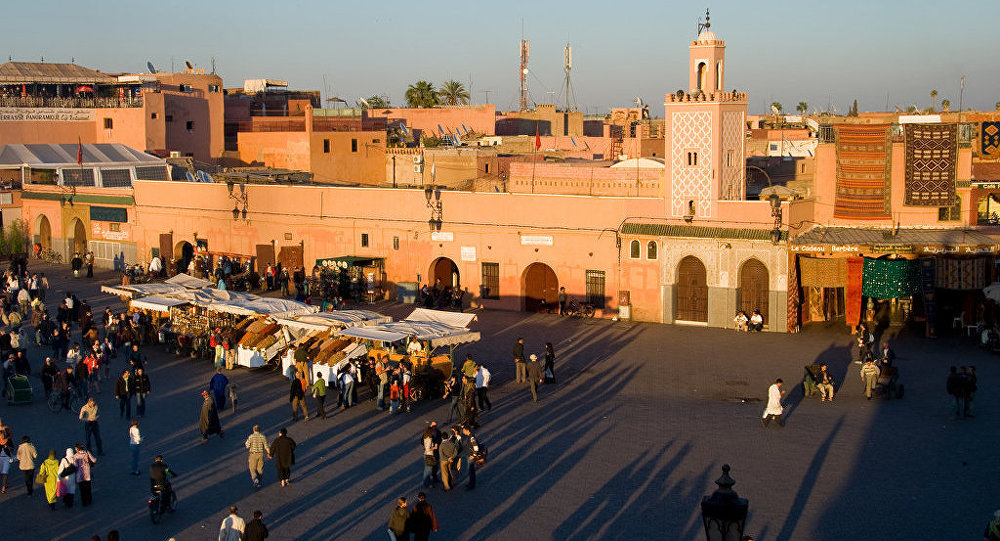 After success in Syria, Russia from now would be able to guarantee security for two Maghreb countries, Morocco and Tunisia, facing the Islamist threat, French media Boulevard Voltaire wrote.

© AP Photo / Benjamin Wiacek
Tunisia Interested in Emulating Russia's Fight Against Terrorism
Russia would establish a security zone in the Mediterranean and, thus, will be able to contain Turkish hegemony in the region and jihadist movements destabilizing both the Middle East and its peripheral regions, Professor Benjamin Wirtz wrote for Boulevard Voltaire.

Russia's withdrawal from Syria fits in the context of the Kremlin’s multiplying diplomatic initiatives.

According to political analyst Francois-Bernard Huyghe, a Russian submarine the French military spotted in the Mediterranean in January was "demonstration of force" in the region.

On March 14, Russian Foreign Minister Sergei Lavrov reaffirmed to his Tunisian counterpart that Moscow would support Tunisia. Currently, the country is facing the threat of the rising Ennahda Movement (Renaissance Party) which could embroil the country into chaos like in Libya.

Jihadist movements are also on the rise in neighboring countries, including Ivory Coast. At the same time, Russian President Vladimir Putin is supporting Morocco over the Western Sahara issue, giving the country hope for stability.

Thus, the Russian policy in the Mediterranean is taking its shape, the article read.

Now, the Kremlin will be able to use the Syrian example to reaffirm its North African and Middle Eastern allies of its support.

Moreover, the Russian strategy is dictated by the "logic of triple containment," according to the article.

© Sputnik / Vladimir Fedorenko
Russia-Morocco Talks on Free Trade Zone at Final Stage
On the one hand, Moscow is seeking to contain the neo-Ottoman project by the Turkish government. The initiative is aimed to restore Turkey’s influence on the territory from Sarajevo to Cairo and from Morocco to Indonesia.

On the other hand, Moscow wants to contain Gulf oil monarchies as well as rapidly growing local Islamist movements.

Thus, Russia may establish a security zone in the Mediterranean region, the author wrote. Taking into account the fact that 15 percent of the Russian population are Muslims, Moscow is containing Turkey’s influence and confronting jihadist movements in its peripheral regions.

Consequently, Russia is interested in elaborating an alternative foreign policy toward the Muslim world, the article concluded.