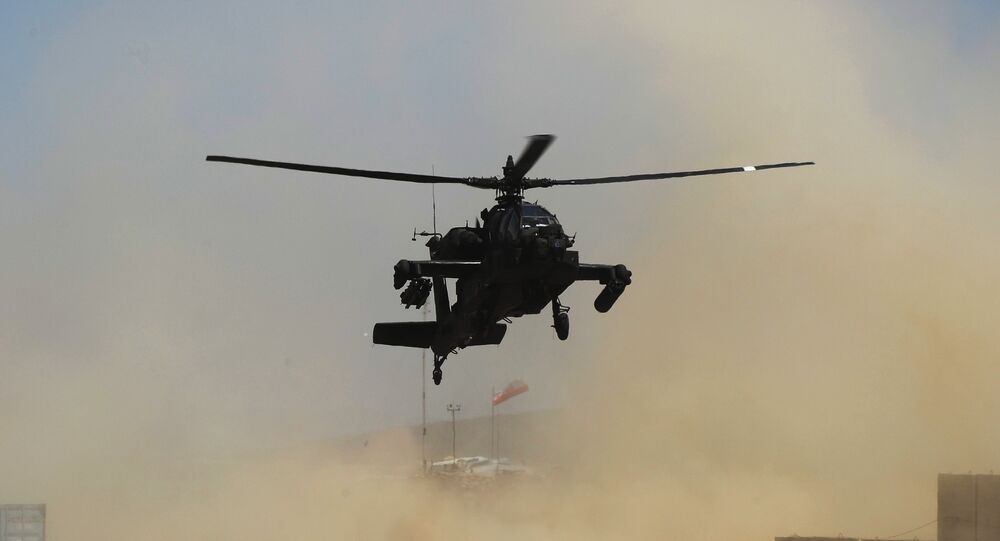 An investigation is underway into the crash of a helicopter in Afghanistan’s Helmand province in which no casualties have been reported, US Department of Defense spokesperson Lt. Colonel Michelle Baldanza told Sputnik on Friday.

WASHINGTON (Sputnik) — Baldanza explained the incident occurred as a Resolute Support helicopter made a "hard landing" in Helmand province earlier on Friday.

"All personnel on the aircraft have been recovered with no causalities," Baldanza stated. "The incident is currently under investigation."

Initial reports indicated there had not been "enemy activity in the area," she added.

Bus With Palestinian Pilgrims Crashes in Jordan, at Least 16 Dead
In recent months, the US military has stepped up its efforts in Afghanistan’s eastern Nangarhar and southern Helmand provinces to fight Islamic State and Taliban extremists.

In January, a US serviceman died after a helicopter went down in Helmand province.

The Defense Department said the US forces in Afghanistan would continue their operations in support the country’s military despitre the incident.