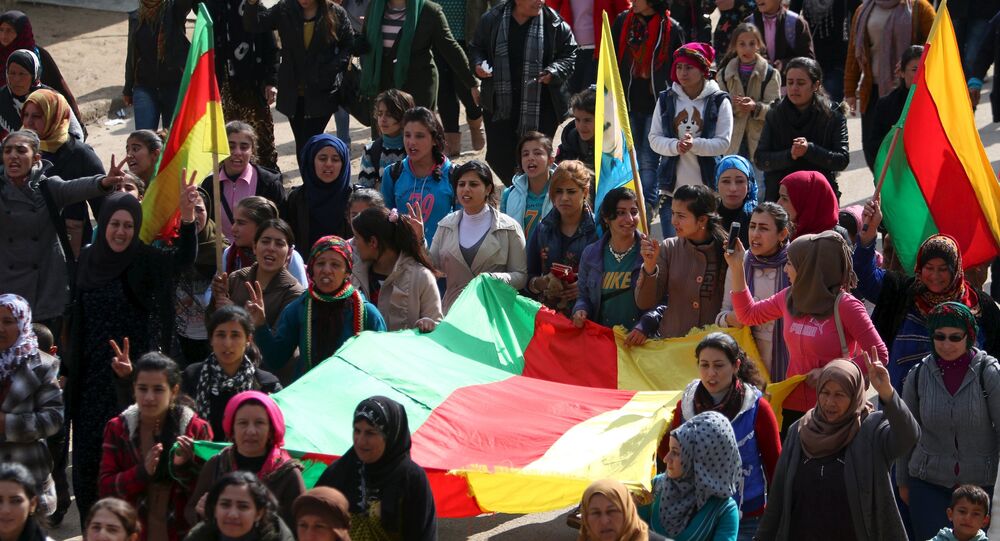 Creation of Kurdish Federal Region 'Does Not Mean Division From Syria'

The Kurd's plan to establish a federal region in the North of the Syria does not mean that it will break away from the rest of the country.

GENEVA (Sputnik) — The proposed federalization in Northern Syria does not mean becoming divided from the rest of the country, Kurds insist on a united Syria, the co-chair of People's Council of Western Kurdistan told Sputnik on Thursday.

"In Rojava, we are having this federalism, which is inside the Syrian state, it is not a division from Syria. We insist on a united Syria, not on creating some independent Kurdish federalism. This is very important," Senam Mohamed, who is also the European representative of Rojava (Syrian Kurdistan) Administration, said.

The proposed federalization in Northern Syria includes all ethnic groups populating the region, according to the representavie.

© AFP 2021 / DELIL SOULEIMAN
Kurds Sign Declaration on Creating Federal Region in Northern Syria
"This federalism is not Kurdish federalism. It is for North of Syria and Rojava, which includes all the (ethnic) components there — the Arabs, Kurds, Turkmens, Syrians and Syrian Armenians, all together. They all will share this federalism," Mohamed added in an interview with Sputnik.

According to the representative Federalization in Northern Syria can become a model for the future Syrian state, uniting all political forces and ethnic groups in the country.

"It [the federalization] can be just like a model for the future of Syria. It is not against Syrians or any other people," Mohamed said.

"Maybe we will establish relations between this federalism and the center and other places of Syria in accordance with the Constitution. These can be the relations that all the Syrian people will agree to," he mused.