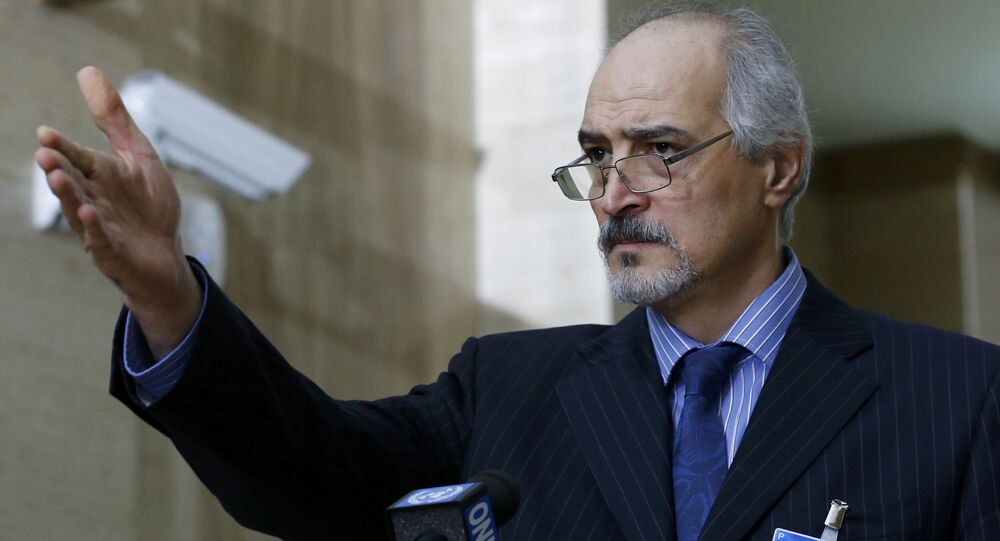 Syrian government delegation leader Bashar Jaafari said that Damascus calls for return of occupied Golan Heights and back to the borders of June 1967.

Jaafari, who submitted the proposals to Special UN Envoy for Syria Staffan de Mistura, requested the envoy to discuss these proposals with opposition members involved in intra-Syrian negotiations underway in Geneva.

"Another point [of the Basic Proposals] is that we call through the Special Envoy on all of us, the government's delegation and delegations of the oppositions, to engage into a clear-cut commitment to liberating our occupied territories — the Syrian occupied Golan [Heights], back to the borders of June 1967," Jaafari said.

The Golan Heights is a disputable Middle Eastern territory, which was a part of Syria before 1967. During the 1967 Six-Day War, Israel seized the Golan Heights.

© AP Photo / Hassan Ammar
Damascus' Proposals Rule Out Possibility of Syria's Federalization
The Golan Heights is internationally recognized as the Syrian territory and the United Nations has repeatedly stated that Israel’s occupation of Golan Heights is illegal, and called for its return to Syria.

Syria demands from Israel to fully withdraw to the pre-1967 border, however Israel is unwilling to accept these terms as it will give Syria access to the Sea of Galilee, which is Israel's main source of fresh water.

The current round of the intra-Syrian talks aimed at putting an end to the five-year civil war is underway in Geneva and will wrap up on March 24.