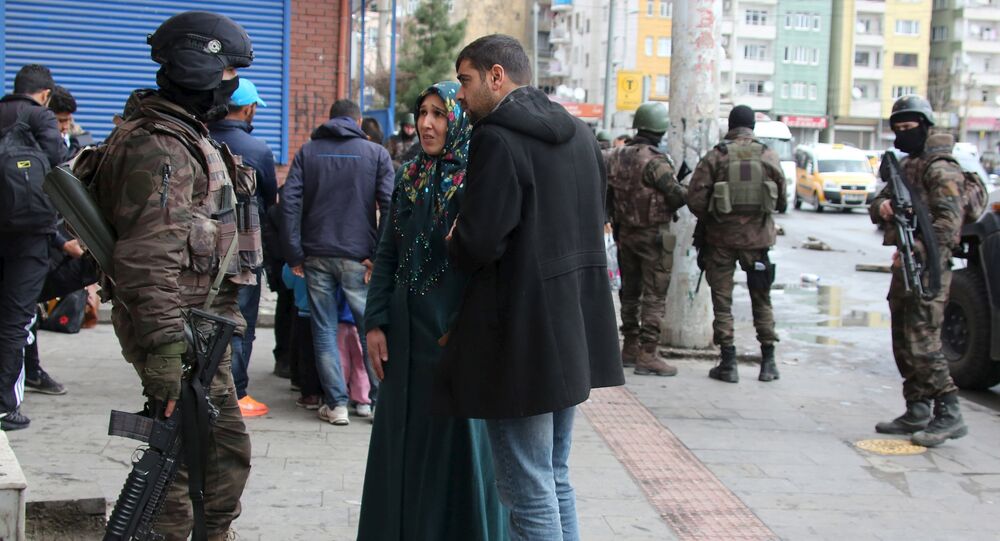 Turkish police on Wednesday detained at least 73 people suspected of having links to the Kurdistan Workers' Party (PKK), as part of a country-wide anti-terrorist operation, local media reported.

The raids in Turkey were carried out in response to Sunday's terrorist attack in Ankara. A car bomb exploded at a bus stop in central Ankara, leaving at least 37 dead and over 120 injured.

According to the Turkish Interior Ministry, female suicide bomber Seher Cagla Demir, who reportedly had been a PKK member since 2013, carried out the attack.

PKK has been fighting for Kurdish independence from Ankara since 1984. The group, which Turkey considers to be a terrorist organization, seeks to create a Kurdish state in parts of Turkey and Iraq.