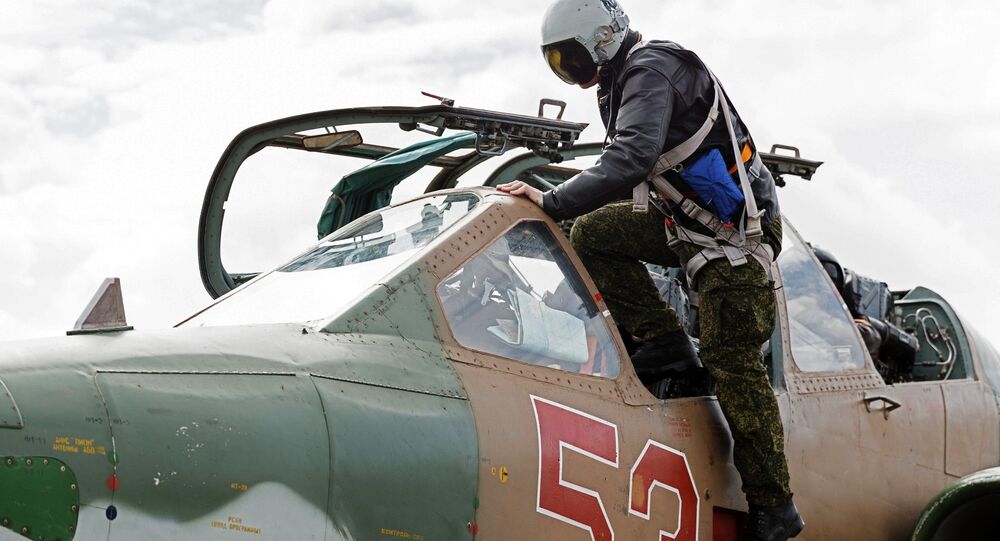 Amid Russia’s partial pullout from Syria, Sputnik provides the facts and figures to illustrate what has been accomplished in the five months and fourteen days since the launch of Russia’s air campaign.

The military operation of the Russian Aerospace Forces against various terrorist groups operating on the territory of Syria was launched on September 30, 2015. On March 14, 2016 President Putin ordered a partial withdrawal from the country starting March 15, 2016.

Number of Sorties and Achieved Objectives

According to the report of Russia’s Defense Minister Sergei Shoigu to Commander-in-Chief Vladimir Putin, more than 9,000 sorties were completed; first massed strikes were conducted with various platforms at a range of more than 1,500 kilometers with rockets from air and naval bases.

As a result of these strikes, the supply of resources to the terrorists was seriously disrupted and in some areas even completely stopped by decimating the smuggling of illegal oil to Turkey and cutting off the supply of weapons and ammunition to the fighters.

Russian aviation destroyed 209 oil supply, processing, and pumping locations, and also 2,912 means of moving oil products, or, as they are also called, “liquids.”

In the first two months of the operation, Russia struck 32 oil-extracting complexes, 11 plants and 23 transfer facilities.

More than 2,000 illegal mercenaries from Russia, including 17 field commanders, were eliminated on the territory of Syria.

With the support of Russian aviation, Syrian troops have liberated 400 populated areas and more than 10,000 kilometers of territory. They have achieved a fundamental turning-point in the fight against terrorism.

© REUTERS / SANA/Handout via Reuters
Syrian army soldiers, members of security services and civilians inspect the site of two bomb explosions in the Syrian city of Homs, Syria, in this handout picture provided by SANA on December 28, 2015

The terrorists have been driven from Latakia and communications with Aleppo have been restored. Military operations are now underway to liberate Palymra, which is currently under siege by armed groups.

The greater part of the provinces of Hama and Homs have been cleared, Kuweires airbase has been unblocked after being besieged for more than three years.

Control has been established over oil and gas fields near Palmyra and three large fields, as of now, have returned to stable operations.

Cessation of Hostilities and the Peace Process

The cessation of hostilities, backed by Russia and the US, came into force on February 27, 2016 at 00:00 Damascus time.

There is monitoring over the observance of the ceasefire; a fairly large number of unmanned aerial vehicles – over 70 – are being used for this purpose, as are all means of gathering intelligence, including electronic intelligence and satellite data.

Later they were joined by long-range air force units, strategic bombers Tu-160, Tu-95 and the Tu-22M3strategic and maritime strike bomber, along with Russian warships.

Russia to Continue Fight Against Terrorism in Syria