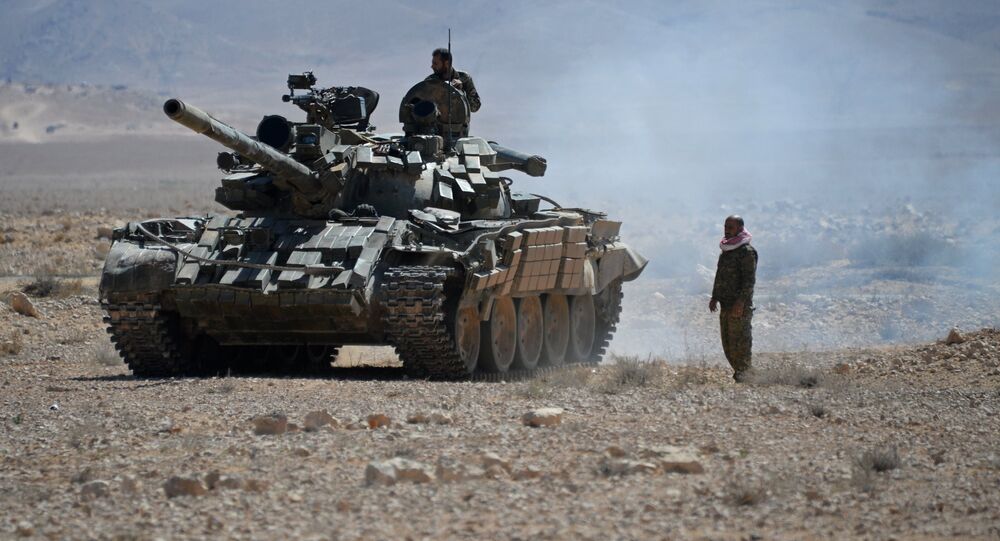 The Syrian Army and the country's National Defense Force have reportedly managed to take full control two neighborhoods in Deir ez-Zor, eastern Syria's largest city, as well as a strategic route connecting a nearby city with an oilfield.

Dozens of terrorists were killed and many more wounded after the Syrian forces fully retook a key route linking the al-Tim oilfield to the city of al-Mayadin in Deir ez-Zor, FARS quoted sources as saying.

The advance came shortly after the Syrian Army and the NDF attacked Daesh strongholds based in two neighborhoods in the city of Deir ez-Zor with the help of the government forces' artillery units, sources said.

Between September 30, 2015 and March 14, 2016, the Syrian Army's anti-terror efforts were backed by an extensive Russian air campaign. During that period, more than fifty Russian warplanes, including Su-24M, Su-25 and Su-34 jets, executed precision airstrikes on Daesh and al-Nusra Front targets in Syria at the behest of President Assad.

© Sputnik / Ramil Sitdikov
'Empires All Go Down the Same Path': Tracing the West’s Failure in Syria
On Monday, Russian President Vladimir Putin announced that the Russian Aerospace Forces unit had fulfilled their mission in Syria and its withdrawal would begin the following day.

Moscow will, however, maintain a military presence in Syria, although a deadline for a complete pullout has not yet been announced. Putin also indicated that Russian forces will remain at the port of Tartus and Hmeymim Airbase in Latakia.