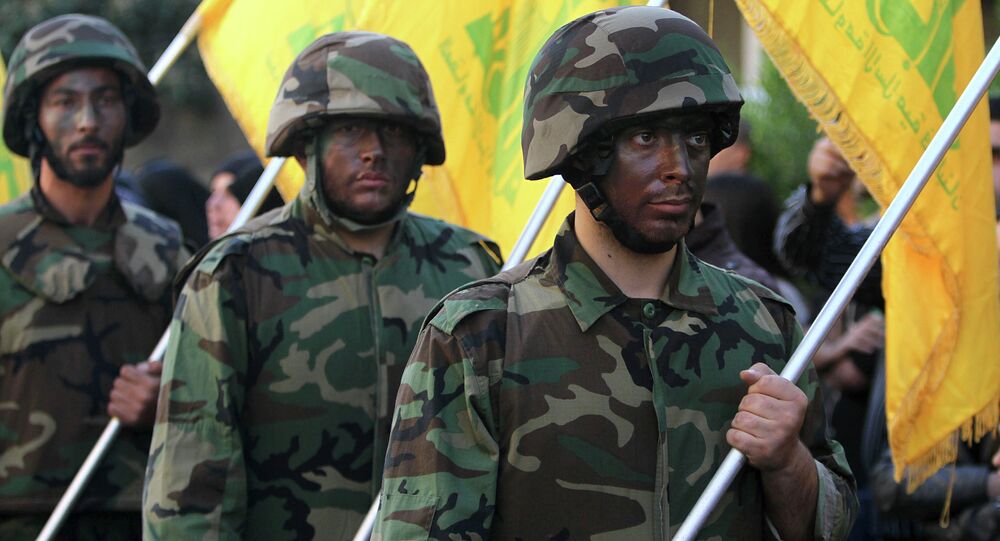 The Lebanon-based Shiite Hezbollah militant group refuted the reports about its decision to withdraw fighters from Syria, a spokesperson for the group said Wednesday.

DAMASCUS (Sputnik) — On Monday, Russian President Vladimir Putin ordered Defense Minister Sergei Shoigu to withdraw the Russian air group from Syria. Following Moscow's decision media reported that Hezbollah that was assisting the Syrian army and loyalists fighting an insurgency and jihadist groups on the ground in Syria could also pull its soldiers out of the country.

The spokesperson added that media should not believe in such "lies and fakes," because the group would continue its anti-terror fight.

Hezbollah, a paramilitary and political organization originating in Lebanon's Shiite population, was established in the 1980s. The group has been fighting alongside the Syrian government against the Sunni radicals and other militant groupsб such as the Daesh, which is prohibited in many countries, since 2011.

Kerry Has Not Spoken With Lavrov Since Russia's Pullout From Syria