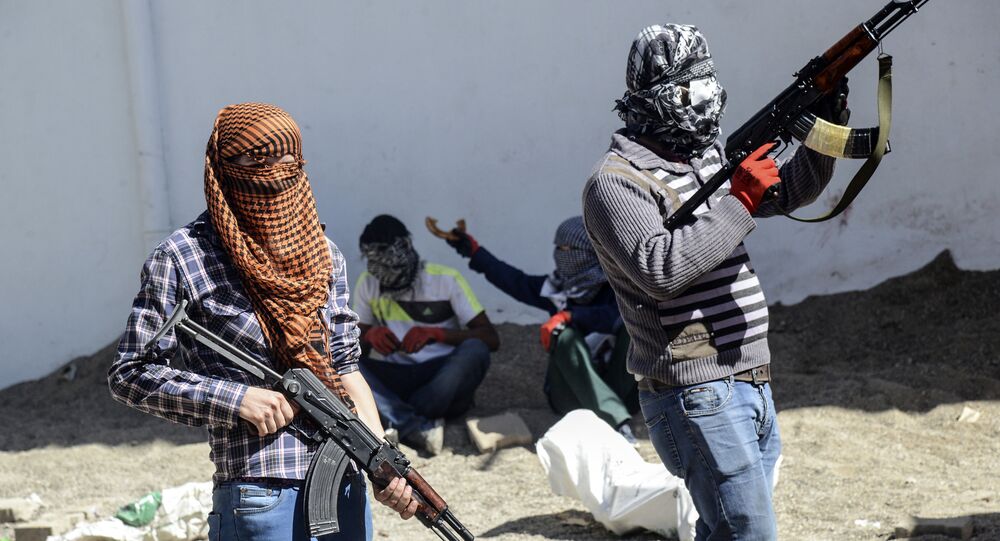 As the Turkish government continues to carry out attacks on Kurdish communities in the country’s southeast, a top officer in the Kurdistan Worker’s Party (PKK) has warned of an inevitable increase in violence.

Over the weekend, an explosion in the Turkish capital of Ankara killed 37 people and wounded another 125. While no group has claimed responsibility for the attack, Turkish security officials state that early indicators point to the PKK.

© AP Photo / Emrah Gurel
This is Not Syria, This is Turkey: Tour of Ruined Kurdish Town of Cizre (VIDEO)

In an interview with Britain’s Times newspaper on Tuesday, Cemil Bayik, a PKK leader, warned that similar attacks are inevitable, given the Turkish government’s actions against Kurdish communities.

"The Turks looted and burnt everything they could in the Kurdish cities on which curfews were imposed," Bayik said. "Until recently the war with the Turkish army occurred just in the mountains. Then it moved to towns and cities. Now there will be fighting everywhere.

"At this moment in the struggle, anything our guerillas are ordered to do will be legitimate."

Ankara began a military campaign against the PKK last summer, imposing strict curfews on cities in predominantly Kurdish regions, and preventing civilians from leaving areas of intense fighting. Human rights organizations have repeatedly reported on the mass killing of civilians by the Turkish military.

"So now our people are full of feelings of vengeance, calling on our guerrillas to avenge them," Bayik said. "This is a new era of the people’s struggle."

The 65-year-old blamed the renewed violence on the policies of Turkish President Recep Tayyip Erdogan, which have become increasingly authoritarian.

"If Erdogan defeats us, then he can defeat everyone in Turkey who wants democracy, so our main aim now is the fall of Erdogan," he said. "Our fight is now existential: to be or not to be."

In the wake of Sunday’s bombing, Erdogan stated that the incident was an attack "against all 79 million citizens of the country."

"Through this attack, the terrorist organization has revealed its despicable face. The attack aimed to sow fear among our people, forcing Turkey to reject its principles. But they will never succeed in this," he told reporters.

On Monday, Kurdish expert Wladimir van Wilgenburg told Radio Sputnik that Erdogan may use the most recent bombing as an excuse to push Western allies to reject supporting the Kurds as Syrian peace talks continue.

"I think the operations will continue and the clashes will continue between the PKK and the Turkish armed forces, but they might try to use it to put more pressure on America not to work with the Kurds in Syria," van Wilgenburg said.

"We don’t know yet who did the attack, but if the conflict in the southeast of Turkey continues and Turkey keeps fighting with the PKK and they don’t go back to the negotiation table, of course there’s going to be more violence in Turkey in general."