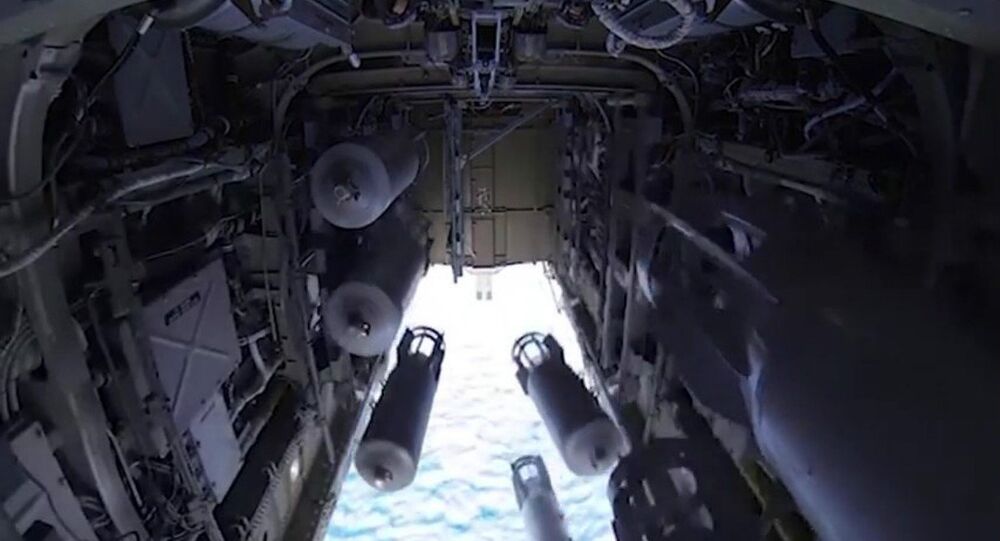 While the world, including Washington, puzzles over what exactly are Russia’s “largely achieved objections in Syria” which prompted its partial pullout from the country, Stratfor has arrived at its own conclusions.

© Sputnik / Mikhail Klimentyev
US Media Revives Concerns That Putin is Again Outmaneuvering Obama in Syria
Stratfor, an American private geopolitical intelligence firm often called the "Shadow CIA", has compiled its own list of Russia’s “key priorities” in Syria, the achievement of which prompted the newly announced partial pullout of its military from the country.

The first, it suggests, is “ensuring the stability of the allied Syrian government and by extension Russian interests in Syria.”

The second, it says, is “demonstrating and testing its armed forces, which are undergoing a significant force modernization.”

The third, Stratfor claims, is “weakening the Islamic State and other terrorist organizations, especially given the large number of Russian nationals fighting in Syria among extremist factions.”

And the fourth, and the most important, it states is “for Russia to link its actions in Syria to other issues — including the conflict in Ukraine, disputes with the European Union and US sanctions on Russia.”

© REUTERS / Lucas Jackson
Premature to Discuss Effect of Russia's Syria Pullout on Peace Talks - UN
Moreover, the think tank has attempted to analyze whether the objectives it put forward have been actually achieved.

“The support that the Russians and other external actors such as Iran and Hezbollah have given the Syrian government has largely reversed the rebels' momentum, and currently loyalist forces have the advantage,” it says.

However, it adds, “rebel troops have not been defeated, and a significant drawdown of Russian forces could weaken loyalist efforts.”

With regards to showcasing Russia's armed forces, the agency notes that “Russians have demonstrated their improved combat capabilities and some new, previously unused weapons, which will likely contribute to important arms sales, including some to Iran.”

The agency however does not miss a chance to mention the efforts of the US-led coalition, which are also supposed to contribute to the defeat of the jihadists.

“The March 15 drawdown, which is coming just as UN peace talks begin in Geneva, could be a sign of a breakthrough in the negotiations. It will be important to keep an eye on any signs of a deal emerging from Geneva and for indications coming out of Europe that could allude to a potential grand bargain,” it states with regards to Russia’s objective to “link its actions in Syria to other issues.”