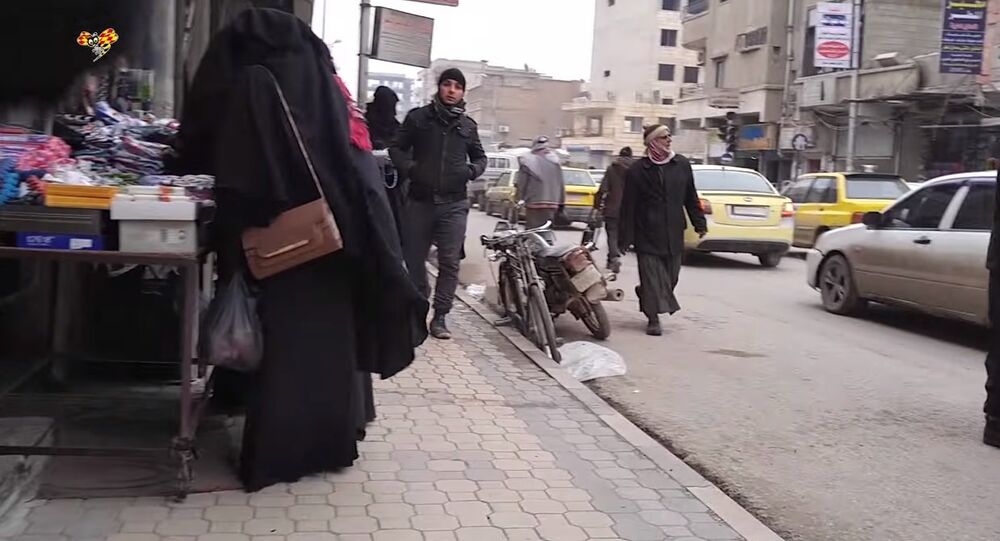 Heart of Darkness: Life and Death in the Daesh Capital (VIDEO)

Using hidden cameras, two brave Syrian women have apparently managed to provide a sneak peek into the heart of the terrorist movement known as Daesh.

Dilapidated buildings, armed religious police hunting for unaccompanied, 'improperly' dressed women, brutal public executions – this is, apparently, how the once-thriving Syrian city of Raqqa looks today, according to the Swedish newspaper Expressen, which managed to obtain the video.

The women had to be especially careful during their trips around the city, as females are prohibited from going about their business alone or dressing inappropriately.

Interestingly enough, Daesh apparently has no shortage of female recruits, many of whom serve in the Hisbah religious police, hunting for women who break the laws imposed by the terrorist movement.

However, it appears that the Daesh hold on the city may be weakening. According to the report, the militants are constantly afraid of being spotted by aircraft and try to conceal their movement and hide their weaponry even though they’re in the heart of their domain. In fact, some Daesh members confiscate civilian IDs and flee towards Turkey, according to the video.

Be as it may, it will definitely take a lot of time and effort to restore Raqqa to its pre-war state. It may be impossible for the terrified local residents to forget the horrors of Daesh occupation after the vicious group is finally driven away from the region.

Russia Pulls Out From Syria After 'Closing Gates' Between Turkey, Daesh