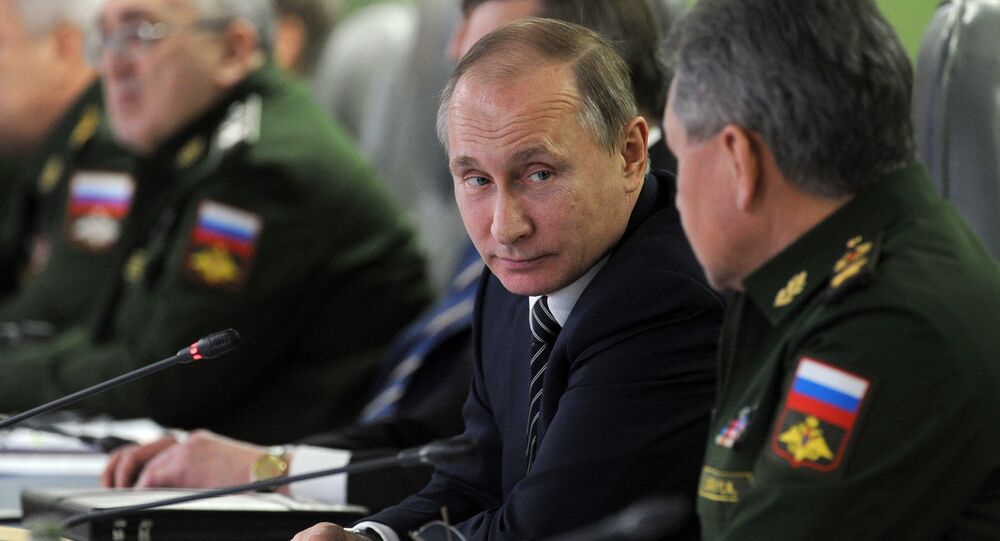 The order from President Putin to partially withdraw from Syria came as a complete surprise to Washington and has prompted US media to speculate on the possible reasons behind this move, reviving concerns that the Russian leader is once again outmaneuvering Barack Obama.

“Vladimir Putin’s announcement on Monday that Russia will begin pulling out of Syria appeared to take the White House by surprise, and revived concerns that the Russian leader is outmaneuvering Barack Obama,” states an article in Politico magazine.

The outlet notes that the White House officials have been caught off guard by the announcement, “with press secretary Josh Earnest punting on questions during the briefing and others trying to quickly gather information.”

© Sputnik / Aleksey Nikolskyi
Putin's Pullout Decision From Syria Strategic Triumph for Russia - Leading US Tactician
A speedy Russian exit from Syria, it notes, would confound President Obama's talking point that Putin had walked into a "quagmire" in that country's civil war that he would come to regret.

Only recently the US president reiterated that Russia was "overextended" and "bleeding" in Syria after his repeated suggestions that Russia’s campaign in Syria would run along the same lines as the Soviet's nine-year invasion of Afghanistan.

However, this appears not to be the case.

The outlet expresses concern that Putin has repeatedly confounded Obama over the past two years, from the March 2014 reunification with Crimea to the military campaign in Syria.

© AFP 2021 / Andrew Caballero-Reynolds
How the 'Obama Doctrine' Ended US-Dominated Order in the Middle East
Interestingly enough, soon after the launch of the Russian air campaign in Syria, which also came as a surprise to the West, The Washington Times launched its own poll with the only question being: Is Putin outmaneuvering Obama in Syria?

The overwhelming majority (92%) responded positively with the remaining 8% split between “no” and “too soon to know.”

This time, without any understanding of President’s Putin's phrase that the military is set to partially withdraw because it has largely achieved its objectives, some analysts even suggest that the Russian president “has grown frustrated with Assad, concluding that the Syrian leader was too resistant to a peace agreement.”

“But once again, he’s demonstrated a remarkable propensity for pulling big surprises that throw just about everyone off balance, including senior members of his own government,” the magazine quotes Andrew Weiss, a Russia expert at the Carnegie Endowment for International Peace who served in the Bill Clinton White House and State Department, as stating.