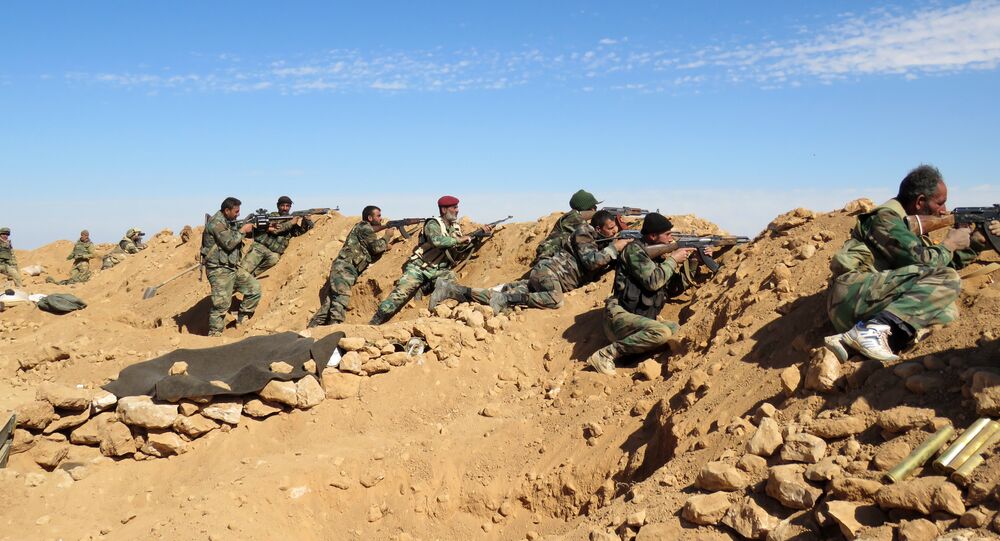 The Syrian army has regained a section of an Eastern Syrian highway from the Daesh terrorist group, a local source told Sputnik on Tuesday.

DAMASCUS (Sputnik) — The Syrian army has recaptured a section of a highway in Syria's eastern Deir ez-Zor province from the Daesh terrorist group, a local source told Sputnik on Tuesday.

“The army [re]gained control over a part of the highway linking the Al-Tim oil field and the city of Mayadin near the city of Deir ez-Zor," the source said.

© AFP 2021 / HO / ALBARAKA NEWS
US Notifies Georgia About Possible Daesh Leader Shishani Elimination in Syria
According to the source, fierce fighting in the operation resulted in multiple casualties among the Daesh militants.

Syria has been in a state of civil war since 2011, with the forces loyal to President Bashar Assad fighting several opposition factions and extremists. The government-held city of Deir Ez-Zor, where a population of 200,000 is believed to be at risk of starvation, has been under siege from Daesh since July 2014.

A US-Russia-brokered ceasefire came into force on February 27 across Syria. It was supported by Damascus, as well as by dozens of opposition groups on the ground. Daesh and the Nusra Front, both outlawed in Russia, have been excluded from the deal.