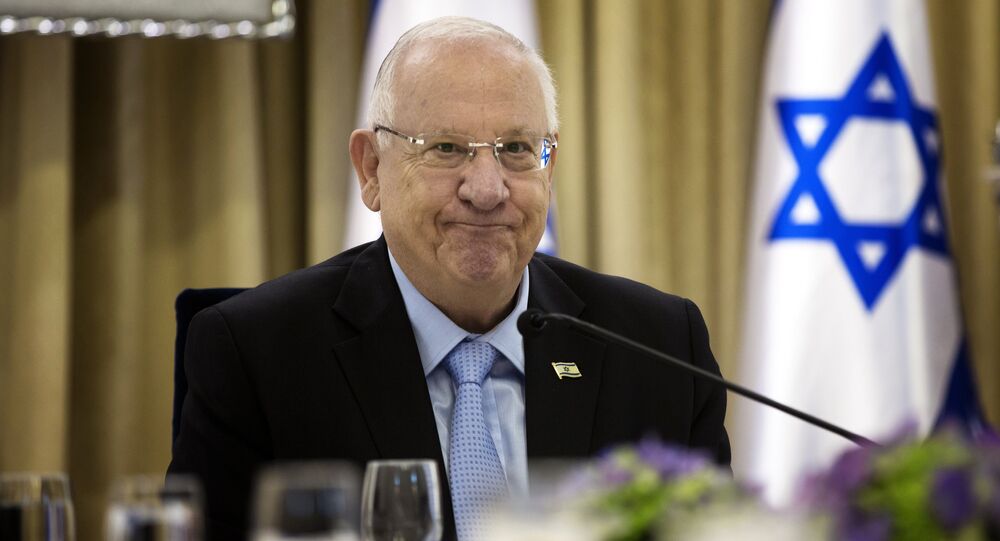 "To our north, five armies are fighting each other – none of whom are friends of Israel… Russia has taken up an important role in this region in the conflict which will have [a] significant impact on Israel’s security – now and moving forward. Beyond these more urgent issues, Israel and Russia have much to be proud of in our bilateral relations," Rivlin told RIA Novosti.

© AP Photo / Ronen Zvulun, Pool
Israeli President Says No Clash of Civilizations in Middle East
The president's comments come ahead of his visit to Russia on Tuesday. Rivlin postponed his trip to Australia after receiving an invitation from Russian President Vladimir Putin. The Israeli president is also due to meet Russian Prime Minister Dmitry Medvedev, and is set to discuss Russian-Israeli cooperation in trade, investment, humanitarian and other areas of common interest, according to the Russian government.

Rivlin added that none of Syria's conflicting sides can be considered friendly to Israel. He also stressed the danger posed to Israel by the Islamic State (IS) extremist group, which is outlawed in many countries, including Russia.

"The spread of the Islamic State’s terror and hatred has penetrated even our borders," he said.