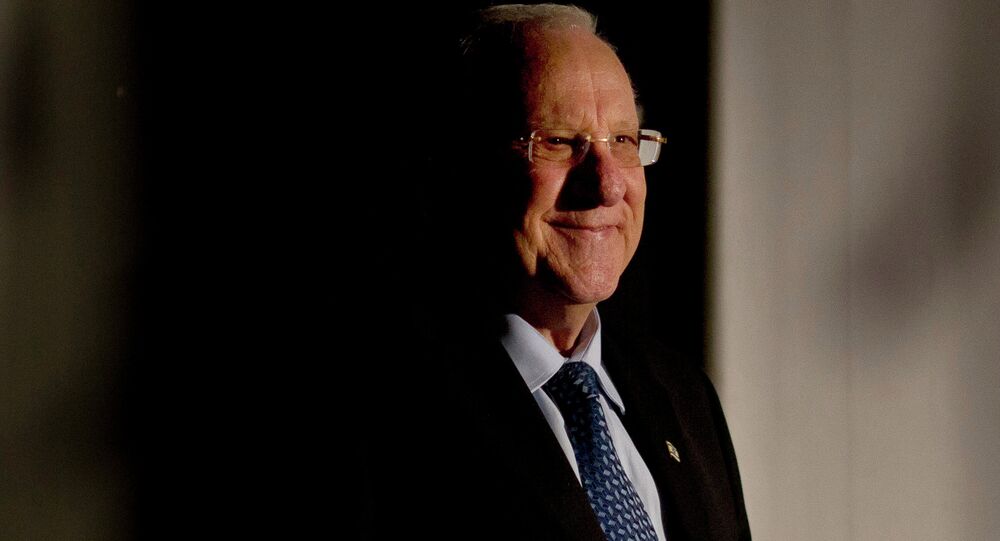 Israeli President Reuven Rivlin stated that Syria is teetering on the brink and it will be difficult to rebuild it as a united country.

© REUTERS / Lucas Jackson
Premature to Discuss Effect of Russia's Syria Pullout on Peace Talks - UN
JERUSALEM (Sputnik) – Syria is teetering on the brink and it will be difficult to rebuild it as a united country, Israeli President Reuven Rivlin told Sputnik in an interview.

"Syria tinkers on the brink. I do not know if or how it will be possible to rebuild Syria as a united country. For Israel, we are greatly concerned by the threat of Hezbollah, and importantly it is clear that there is a need to prevent Iran from promoting instability in the region, else no solution to the problems has a real chance to hold," Rivlin said in regard to resolving the political crisis in Syria.

On Monday, Israeli Defense Minister Moshe Yaalon said that Syria had been effectively partitioned and is unlikely to be reunified into the state it had been in the recent past.

Israeli Prime Minister Benjamin Netanyahu has previously endorsed the creation of an independent Kurdish state, arguing it would be a bulwark of stability in the region.

Syria has been mired in civil war since 2011, with government forces fighting numerous opposition factions and radical Islamists. The Swiss city of Geneva currently hosts the UN-backed proximity talks between the Syrian opposition and the government's delegation to put an end to the deadly conflict.

Discussion of Syria's federalization during the ongoing peace talks has been supported by opposition factions represented in Geneva, as well Syrian Kurds. Meanwhile, Syria's Foreign Minister Walid Muallem has rejected both federalization and the partition of the country.