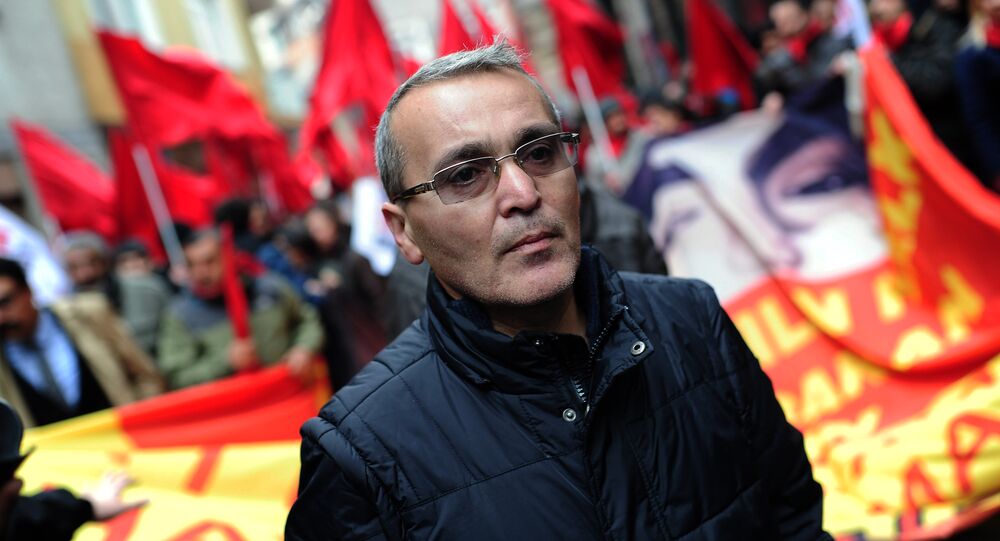 Despite public outcry, the names of people responsible for killing a teenager during 2013 Turkish anti-Erdogan protests have yet to be revealed, the teen's father told Sputnik Turkiye.

A thousand days after his 15-year-old son Berkin was killed by Turkish police during protests in Istanbul's Gezi Park, father Sami Evlan recounts how those responsible for the death have yet to face justice.

During the Gezi Park protests in 2013, a Turkish government decision to tear down a park in Istanbul led to protests which eventually attracted millions of people across the country, protesting the growing authoritarianism of President Recep Tayyip Erdogan and his policies regarding Islamization and the Syrian conflict.

"These days, its painful for me to think not only about my son, but also about all the children killed and those responsible for the deaths, who have not been brought to justice," Evlan told Sputnik Turkiye.

© AFP 2021 / ADEM ALTAN
'Pasha' Erdogan's Road to Power in Turkey Paved With Repression and Terror
Evlan's son was among 22 people killed during police crackdowns against the protests. He was hit in the head with a tear gas canister and died after spending 269 days in a coma. At the time, Erdogan caused public outrage by calling Berkin a "thug" with links to a "terrorist organization." At a rally, he encouraged attendees to boo Berkin's mother.

"Courthouses across the country have become a place where the most terrible drama plays out in the lives of people who lose their loved ones, their children, and one cannot even hope that the perpetrators will be punished," Evlan said.

Evlan filed a request to initiate an investigation in July 2013, but nearly three years later, he has yet to hear of the results, despite their alleged release.

"If it was in the interests of the authorities, all the perpetrators would have been found and punished a long time ago, but this is not happening," Evlan told Sputnik Turkiye.

Turkish media previously revealed that the identity of the policeman who threw the tear gas canister at Berkin, killing him, was already confirmed by investigators.

General Prosecutor Hadi Salihoğlu later said that the identification of the man is being conducted "promptly and thoroughly."

"The killers of Abdullah Cömert, Ali İsmail, Ahmet Atakan, Hasan Ferit [young people killed by police during anti-government demonstrations] and many other victims of the authorities' actions continue walk free. The investigation of their cases is not conducted at all, or permanently inhibited and delayed," Evlan said.

Evlan noted that no official statements have been made on the investigation, other than by the prosecutor.

© AP Photo / Emrah Gurel
Far-Left Turkish Group Takes Istanbul Prosecutor Hostage
In March 2015, a far-left group took the prosecutor on the case, Mehmet Selim Kiraz, hostage, demanding a release of the names of the people responsible for the killings.

At the time, Evlan called on the hostage takers to release the prosecutor, saying that he does not want any more people killed. However, the prosecutor was killed by the gunmen, who were themselves later killed by Turkish police.

"During more than two years, the name of the man guilty of Berkin's death has not been established. This is the speed and thoroughness of the investigation? In fact, they know the person's name, but remain silent, because they are covering their own crimes," Evlan told Sputnik Turkiye.