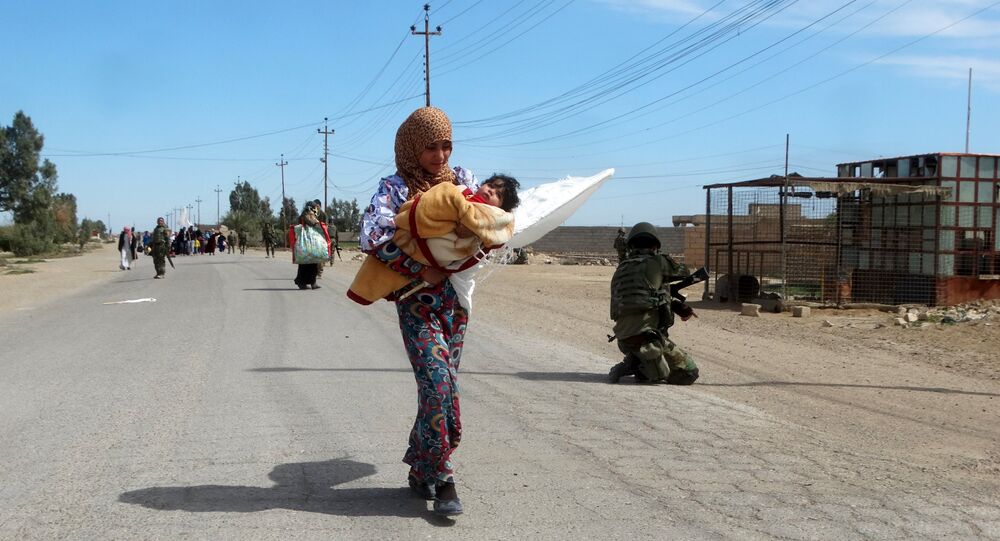 The governor of Iraq's Anbar province, Sohaib Rawi, said that the authorities expected a total of 13,500 families to gradually return to the liberated areas near the city of Ramadi.

MOSCOW (Sputnik) — More than 1,400 families, who previously had to leave areas to the northwest of the Iraqi city of Ramadi due to heavy fighting, have returned home, the governor of Anbar province, Sohaib Rawi, said Monday.

© AP Photo
Iraqi Forces Kill 17 Fighters, Repel Daesh Attack East of Ramadi
In December 2015, the Iraqi army regained control over most parts of Ramadi, the capital of the western Iraqi Anbar province, which had been occupied by Islamic State (ISIL or Daesh) jihadists since May. The armed forces also freed neighboring areas around the city.

"Over 1,400 displaced families have returned to Zangura and Asriya villages," the governor told the local Alsumaria broadcaster.

He added that the authorities expected a total of 13,500 families to gradually return to the liberated areas.

Islamic State is a terrorist group outlawed in Russia and many other countries. The group has seized large areas in Syria and Iraq and seeks to establish a caliphate on the territories under its control.