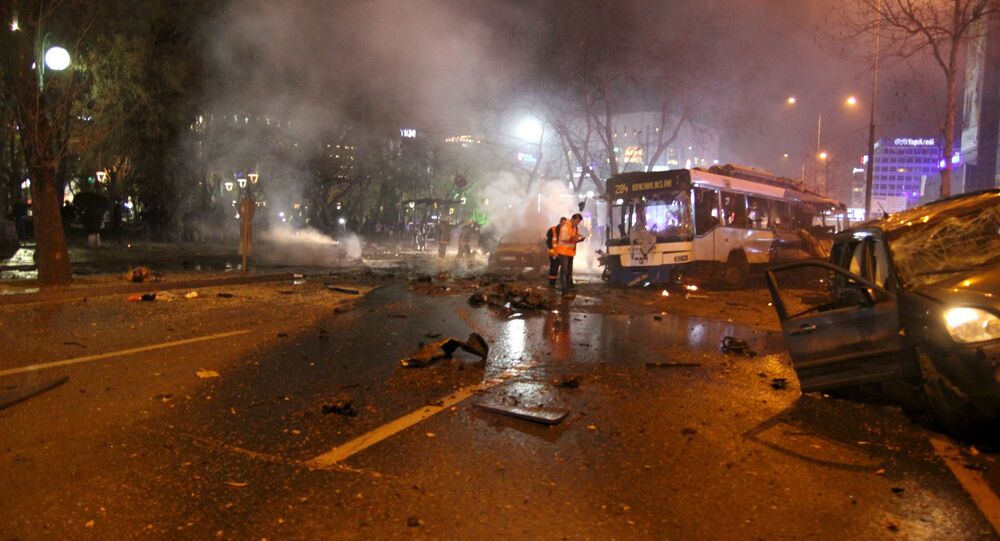 Four people were detained after a car exploded at a bus stop in central Ankara, leaving at least 37 dead and over 120 injured.

Earlier in the day, media reported that authorities in Turkey had identified the perpetrator of the fatal suicide bombings in the Turkish capital as a female member of the Kurdistan Workers’ Party.

An official statement revealing the organization behind the latest attack is expected later on Monday.