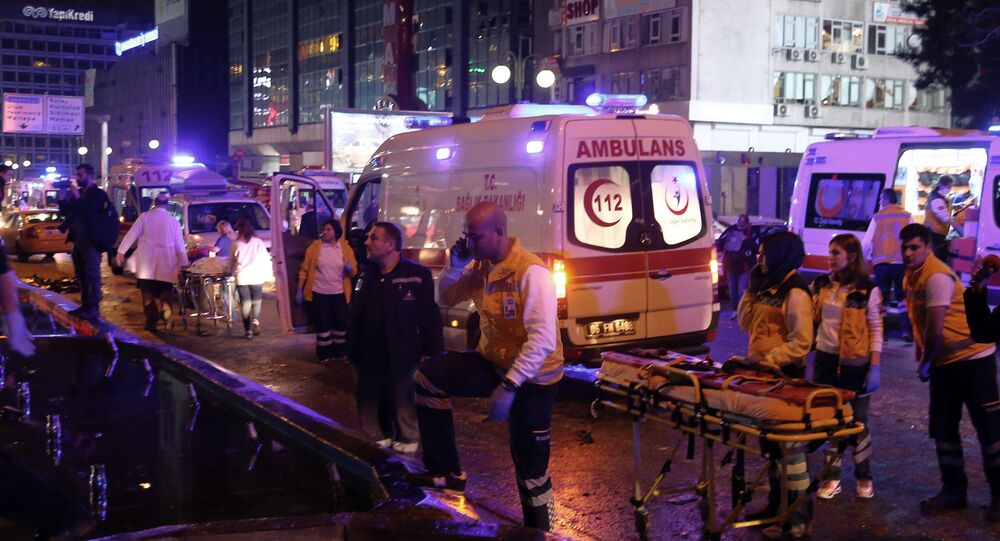 The head of Turkish opposition newspaper Cumhuriyet news department, Ayse Sayin, said that the woman suspected of conducting a suicide bombing attack in Ankara did not have any links with the newspaper.

Earlier in the day, media reports appeared claiming that the suspected perpetrator — Seher Cagla Demir – had worked as a freelance journalist for Cumhuriyet.

“Nothing close to it, we are shocked by the appearance of this information. We have checked all the documents both in our Ankara and Istanbul offices, but we have found nothing related to Demir. In addition, we do not cooperate with freelancers,” Sayin told RIA Novosti.

"This is a black propaganda campaign against our newspaper," Sayin said.

At least 37 people were killed and 125 others injured after a car bomb went off at a bus stop near a central square in Ankara on Sunday.

An official statement revealing the organization behind the latest attack is expected to be made later on Monday.