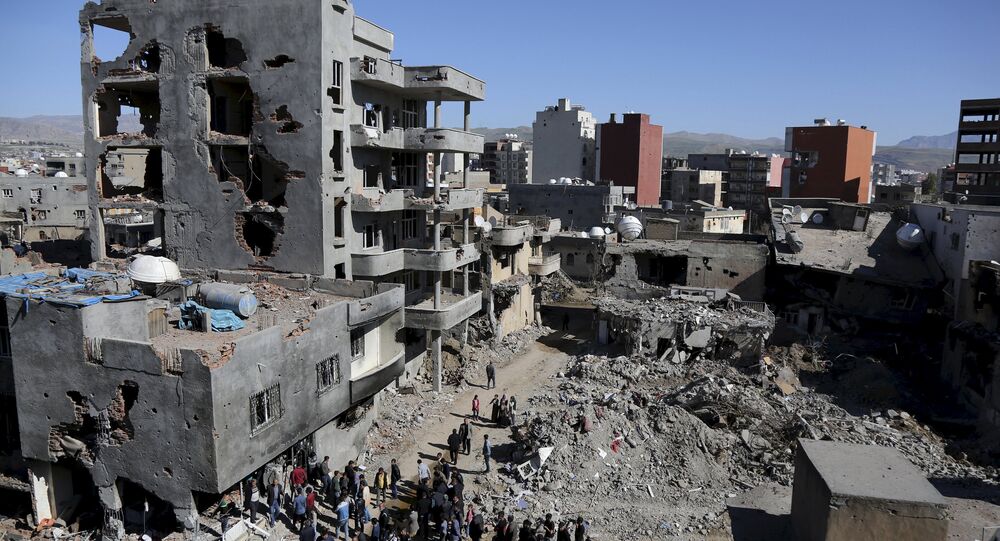 A round-the-clock curfew was declared in the capital of Turkey's southeastern province of Sirnak, coming into force from 11 p.m. local time (21:00 GMT) on Monday, the country's authorities announced in a statement.

© REUTERS / Murad Sezer
Turkey Delivers Airstrikes Against Kurds' Positions in Iraq
ANKARA (Sputnik) – On Friday, Turkish Interior Minister Efkan Ala announced the launch of a new counterterrorism campaign against the Kurdistan Workers’ Party (PKK) in the country's southeast, especially in the districts of Yuksekova, Nusaybin and Sirnak.

"In order to neutralize members of the separatist terrorist organization, disassemble barricades and dispose of booby traps, as well as to ensure the safety of citizens and their property, a decision was made to impose a curfew in the city of Sirnak from 23.00 [ 21:00 GMT] March 14 until further notice," the provincial authorities said Monday.

On Sunday, the local authorities of Turkey's southeastern provinces of Mardin and Hakkari issued curfews in their respective districts of Nusaybin and Yuksekova.

In summer 2015, Turkey initiated a military campaign against the PKK in the country's southeastern, predominantly Kurdish, regions. Since the beginning of the campaign, Ankara has imposed several round-the-clock curfews, preventing civilians from fleeing the regions where the military operations are being conducted.