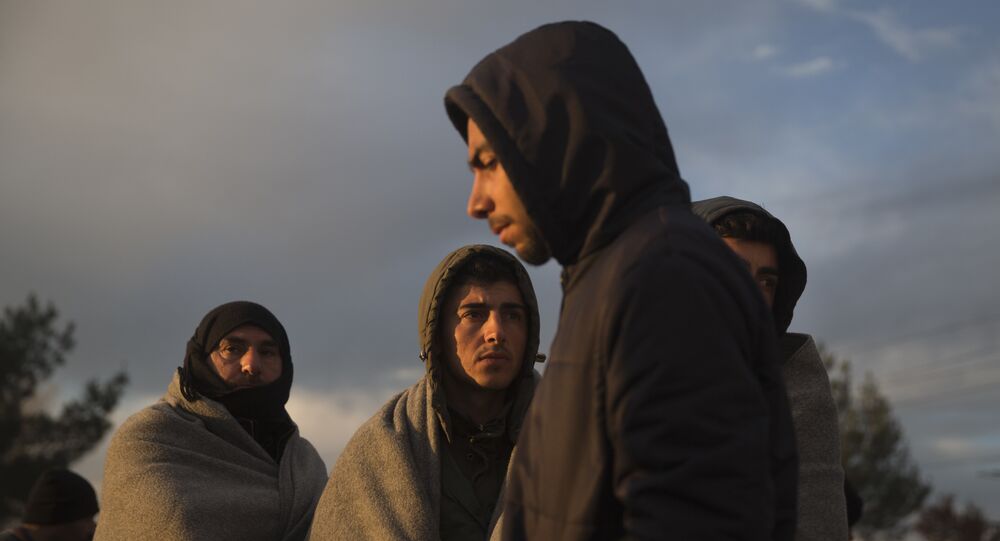 UNHCR Worried by Forcible Transfer of Displaced Iraqis to Camps

The Office of the United Nations High Commissioner for Refugees (UNHCR) expressed concern on Friday about the forcible transfer of the Iraqi nationals to camps without freedom of movement in at least four of the country's provinces.

UNITED NATIONS (Sputnik) — The UNHCR, in cooperation with a number of other UN bodies and NGOs, has established a number of camps for internally displaced persons (IDP) in Iraq.

"The UN Refugee Agency is concerned about a rising trend of newly-displaced Iraqis being forcibly transferred to camps where restrictions on their freedom of movement are imposed in a manner disproportionate to any legitimate concern, including those related to security," UNHCR spokesman Leo Dobbs was quoted as saying on the agency's website.

He added that the cases of concern took place in the Anbar, Kirkuk, Nineveh and Salah al-Din provinces.

© AFP 2020 / Safin Hamed
Over 3Mln Displaced Amid Iraq's Fight Against Islamic State
Iraq has been in a state of turmoil for years. The situation has significantly worsened during the last years because of the activities of radical Islamists, including jihadists from Daesh, which is prohibited in many countries including the United States and Russia.

The insurgency has significantly damaged the country's economy and triggered a humanitarian disaster, with some 4 millions of Iraqi citizens having become internally displaced, according to the UNHCR.

'They Will Help Us Go Home': Displaced Syrians Thank Russia for Help