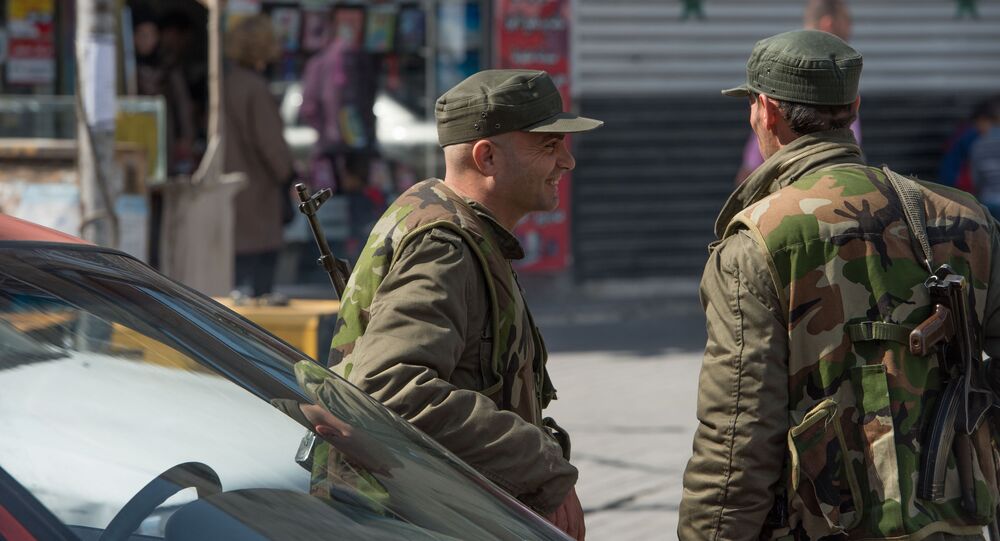 The ceasefire regime in Syria is respected in general, the Russian military said Thursday.

© AP Photo / Hadi Al-Abdallah
Russian, Syrian Aviation Drives Nusra Front Away From Suburbs of Idlib
HMEYMIM (Sputnik) — In February, Russia and the United States reached an agreement on the cessation of hostilities in Syria. The ceasefire took effect on February 27. The agreement does not apply to groups operating in Syria that are designated as terrorist organizations by the United Nations, including Daesh and al-Nusra Front.

"In general, the ceasefire regime between government troops and armed opposition forces on the territory of the Syrian Arab Republic is being respected," Lt. Gen. Kuralenko, commander of the Hmeimim-based Russian center for Syrian reconciliation, told reporters.

Kuralenko added that officers from the Russian center conducted ceasefire talks with administration officials, religious leaders and public figures in 12 settlements in the Damascus, Aleppo, Homs, Latakia and Quneitra provinces in the past three days.

Kerry: US 'Never Articulated Plan B' for Syria if Ceasefire Fails