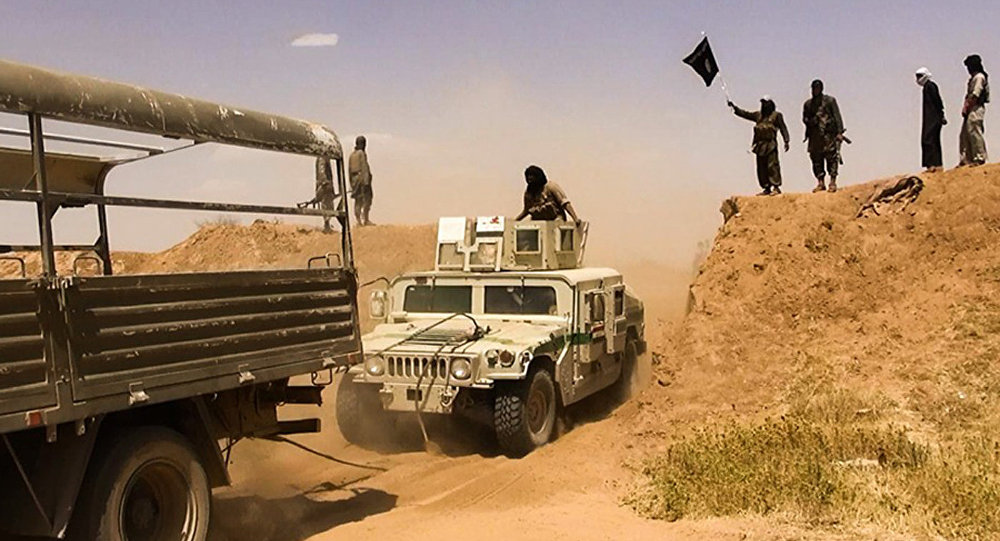 Equipment from over 100 European refineries currently being dismantled may fall into the hands of Daesh militants, Yury Chikhanchin, head of Russia’s Federal Financial Monitoring Service, said.

He cited data provided by expert of the Financial Action Task Force on Money Laundering (FATF).

"According to FATF information, it is feared that over 100 refineries which are being dismantled in Europe may be moved to areas controlled by the Daesh terrorist group. We’re coordinating actions with our partners. All countries are working on the issue," Chikhanchin said during his meeting with President Vladimir Putin.

© Flickr / United Nations Photo
Shifting From Oil: Daesh Trying to Take Over Drug Trade in EU
"Experts reported that after militants’ refineries and pipelines were destroyed they are making attempts to find new equipment for their facilities," he added.

According to him, FATF countries and the US are "actively cooperating" on the problem and will soon make up a list of equipment needed by terrorists for their refineries.

"A list similar to the list of antiquities will be published on the official EU website. Companies and individuals will be aware what equipment Daesh may try to smuggle," Chikhanchin was quoted as saying by RIA Novosti.

He added that during the recent FATF meeting, Russia’s proposals faced "mixed responses" but Russian representatives were defending their stance, including on countering international terrorist cells, particularly in Syria, and businesses funding terrorism.

Estimates say in 2014 Daesh was producing nearly 50,000 barrels per day, with a daily income of up to $1.6 million, according to the UN. The Russian aerial campaign alongside airstrikes by a US-led coalition have badly damaged Daesh’s production, distribution and refining capabilities.