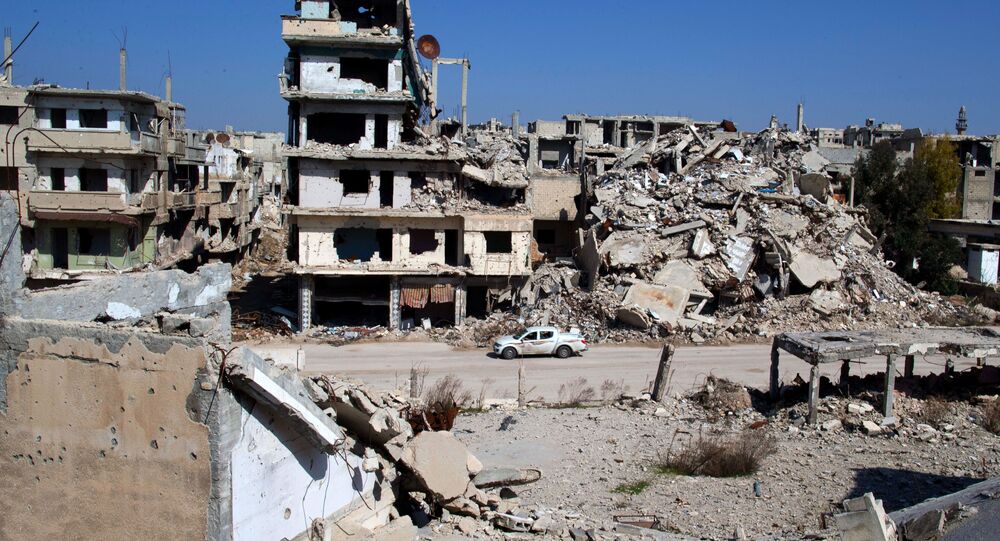 The Russian reconciliation center in Syria hosted a meeting between the Syrian opposition members and public figures on March 8.

HMEIMIM (Sputnik) — The participants of the meeting considered it impossible for a military approach to resolving the Syrian crisis and confirmed the necessity of settling it politically.

Representatives from the Syrian opposition have promised to finish working on the project of a new constitution in the near future, according to a joint statement published Wednesday.

"In order to develop the new constitution, an initiative group was created, which includes representatives from the armed groups, religious figures, and representatives from national and ethnic groups residing in Syria and having signed the truce agreement and are observing the ceasefire. We take upon ourselves the obligation to complete working on the project of a new constitution in the very near future," the joint statement reads.

© AP Photo / Pavel Golovkin
'Even During the Ceasefire, Russia Has Plenty to Do in Syria'
The Syrian opposition representatives also announced their intention to participate in the wide-format UN-brokered talks in Geneva.

"All Syrian patriots should drop their ambitions, selfish interests and unite under the only correct slogan of saving the country and the people of Syria," the participants of the meeting said.

The joint statement reads that the inclusion of all Syrian national patriotic forces into the peace process will create the necessary for national reconciliation. The attempts to isolate some part of the Syrian society from the reconciliation process may lead to its collapse and turn it into the political farce, according to the statement.

Substantive talks on the Syrian peace process in the Swiss city of Geneva are due to begin no later than March 14, a spokeswoman for UN Special Envoy for Syria Staffan de Mistura confirmed Tuesday.

The possibility for holding the negotiations reemerged after a US-Russia-brokered ceasefire came into force across the Arab state on February 27. The truce does not apply to terrorist groups operating in the country.

US Validating With Russia, ISSG Alleged Ceasefire Violations in Syria