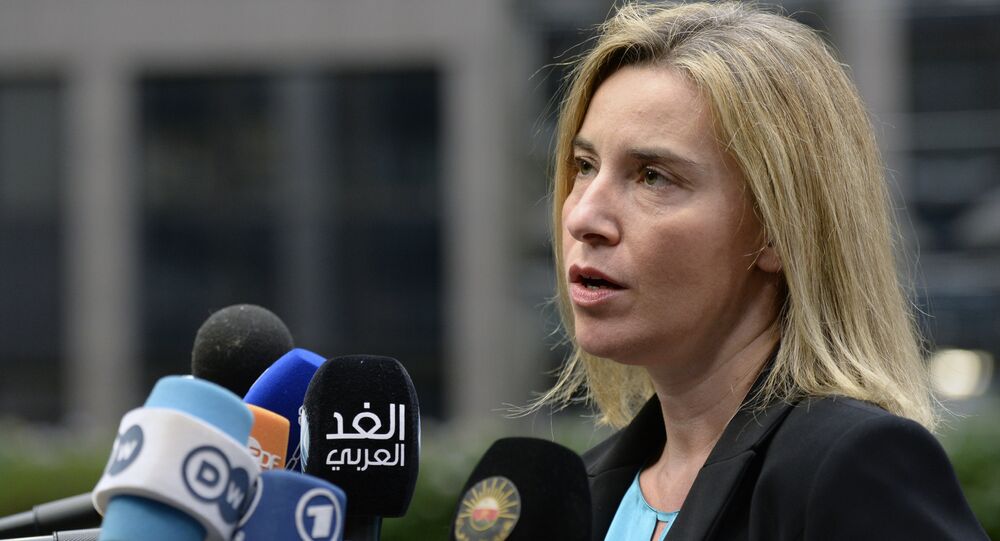 European Union foreign policy chief Federica Mogherini warned that a proxy war among regional and international powers in Syria could still turn into a direct war.

"We have to keep in mind, even with the positive steps that have taken place in the last weeks, that a new escalation might still happen any time, that the regional situation remains very tense," Mogherini said in opening remarks to the European Parliament in Strasbourg.

© AFP 2021 / DIETER NAGL
No 'Major' Battles in Syria for First Time Five Years - Mogherini
The EU envoy warned that "a proxy war among regional and international powers could still turn into a direct war."

"This is something we must always keep in mind all through our work," she added, stressing the importance of political efforts to settle the five-year conflict and a peaceful transition in Syria.

The Russia-US brokered cessation of hostilities between Syrian government and rebel forces took effect on February 27, as the latest round of indirect intra-Syrian negotiations is scheduled to begin in Geneva on March 9.