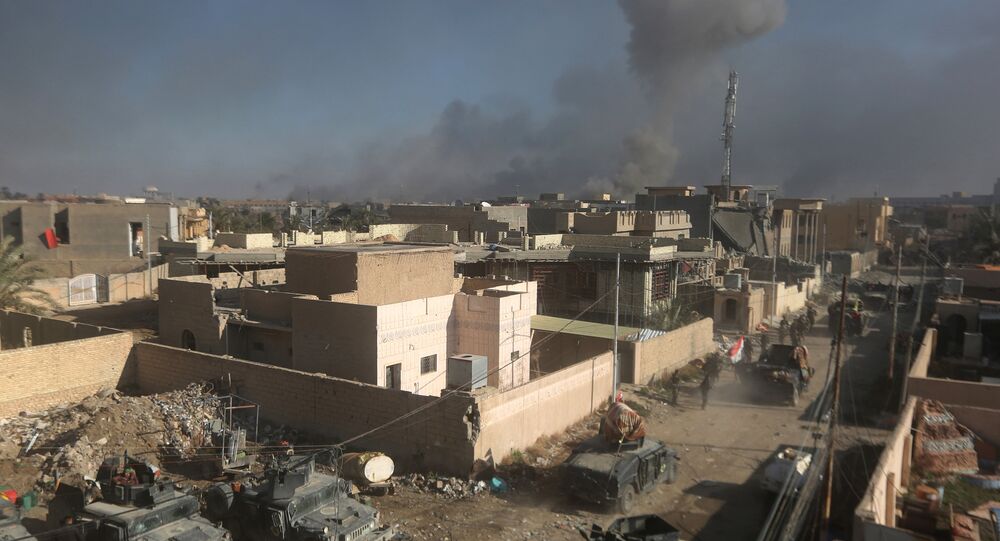 CAIRO (Sputnik) – The Russian Aerospace Forces’ operation in Syria against the Islamic State (IS) group, banned in Russia, has a positive influence on counterterrorism fight in Iraq, Iraqi President Fuad Masum said.

"Any [strikes] in every spot, even in Morocco, in Africa, if they’re carried out against Daesh [IS], we benefit from it," Masum told RIA Novosti, when asked how the Russian air campaign influenced the fight against IS in Iraq.

© Photo : TOF press service
Russia's Eastern Military District Holds Counterterrorism Drills
The IS poses threat only by the group’s forces in Syria and Iraq, but also those in other states, according to the president.

"We have the example of France, as well as of what happened in other places," Masum said.

The Islamic State militant group has taken over large areas of Syria and Iraq.

Meanwhile, the United States has been carrying out a separate campaign against the group in Syria and Iraq, leading a coalition of over 60 countries.

Italy to Send 8 Helicopters to Iraq for Anti-Daesh Campaign