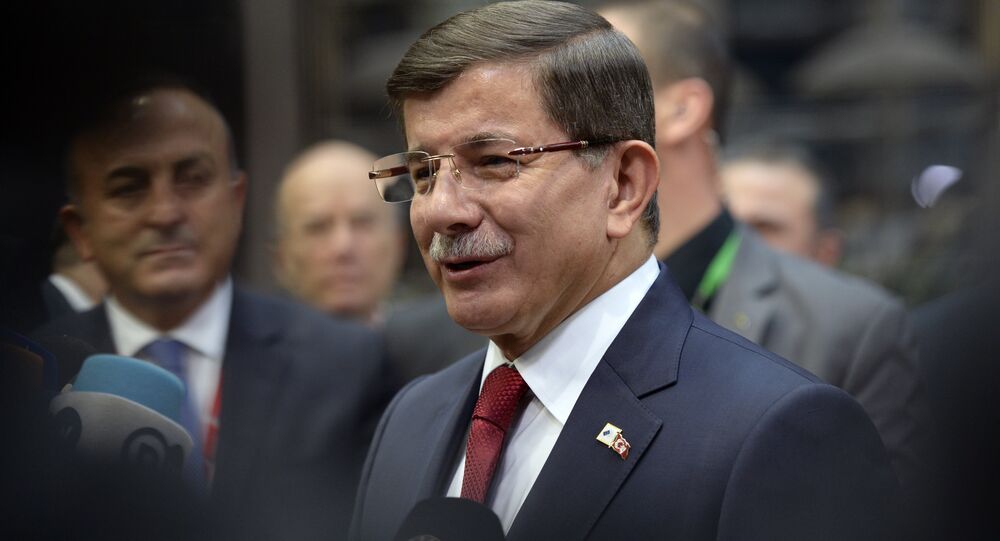 Turkish Prime Minister Ahmet Davutoglu said that the Feza Media Group is accused of money laundering activities and is linked to the movement of US-based cleric Fethullah Gulen, which is outlawed in Turkey.

© Sputnik / Evgenya Novozhenina
Moscow Calls on West to React to Turkey's Press Crackdown
ANKARA (Sputnik) — Turkish Prime Minister Ahmet Davutoglu said Sunday that the government has not been involved in the process of seizure of the Feza media group, adding that it is based on court's decision.

On Friday, a Turkish court ordered the Feza Media Group, which includes opposition newspaper Zaman, Today’s Zaman daily and the Cihan news agency, to be placed under the management of government trustees. The move resulted in mass protest in the largest Turkey's city of Istanbul. On Saturday, Turkish police used tear gas, water cannons and plastic bullets to disperse the protests.

"Our government is not involved in the issue. The decisions made by the judicial bodies have been implemented. It is entirely legal process. No one should have any doubts as for press freedom in Turkey," Davutoglu told Turkish Ahaber TV channel.

© AFP 2021 / OZAN KOSE
Turkish Police Bar Zaman Staff From Entering the Office as Protest Enters Day Two
He added that the newspaper is accused of money laundering activities and is linked to the movement of US-based cleric Fethullah Gulen, which is outlawed in Turkey.